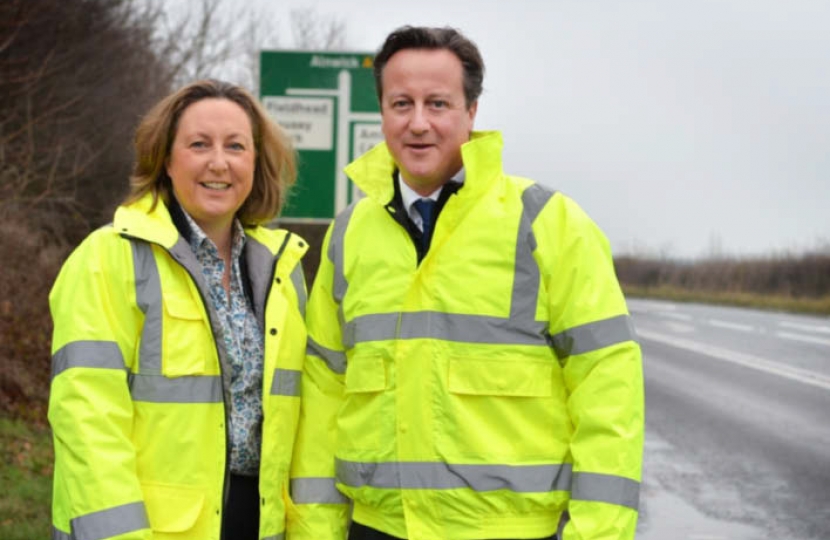 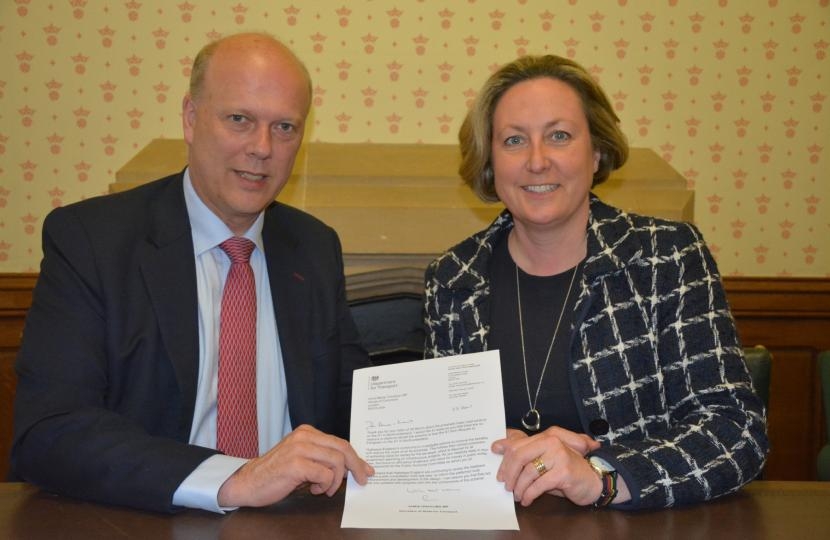 Anne-Marie has changed Government’s mind on the importance of this forgotten stretch of road. Back on 2007 she set up the Dual the A1 Campaign Group in order to pull together many cross-party voices to make sure that Government would understand about the missing link in the A1 road network.

In December 2014, the then Prime Minister announced an initial £293m investment to upgrade the road.

Major planning work almost complete, route announcement for dualling to Ellingham due in the coming months. Extensive safety and route improvements north of Ellingham due to begin in 2018.

You can keep up to date with the project HERE.

In April 2017, Anne-Marie won the support of Transport Secretary Chris Grayling for her campaign to dual to the border.

Anne-Marie Trevelyan – MP for Berwick-upon-Tweed – was invited to visit one of Highways England’s trench sites last week, which forms part of the extensive archaeological surveys presently underway as part of the ongoing plans to dual the A1 between Morpeth and Ellingham.

The A1 dualling scheme is currently with the Planning Inspectorate, part of the final legal process these large infrastructure scheme undergo.

Anne-Marie Trevelyan held one of her regular update meetings with Mark Stoneman yesterday, who runs the Highways England A1 in Northumberland team.

New taskforce to oversee A1 project

Anne-Marie Trevelyan, MP for Berwick-upon-Tweed, has welcomed today’s announcement that the Department of Transport will host a new “Acceleration Unit” tasked with overseeing and speeding up the delivery of major infrastructure projects.

MP encouraged by A1 progress

Anne-Marie Trevelyan, MP for Berwick-upon Tweed, has recently been updated on the progress on the huge A1 in Northumberland scheme which she has spearheaded since 2010.