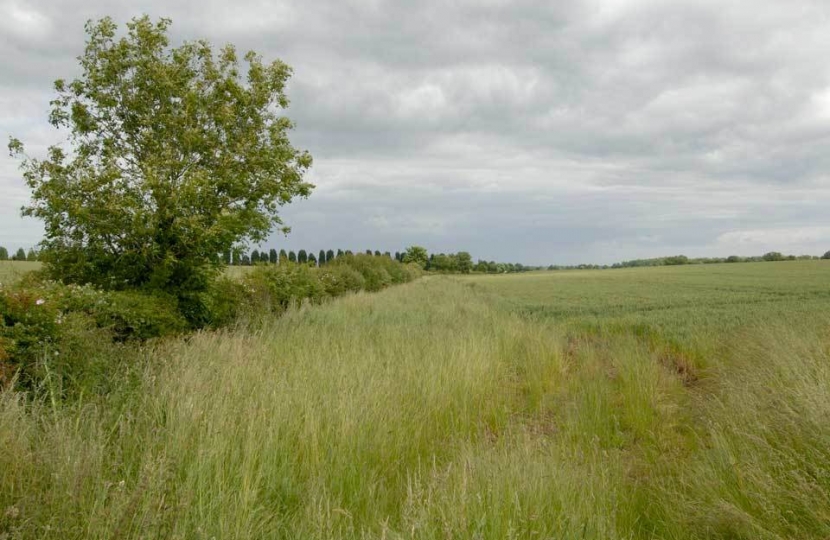 Anne-Marie on Lords amendments to the Agriculture Bill which you can read HERE.

I have received a lot of emails regarding the Agriculture Bill and amendments tabled by the House of Lords, including by my colleague Lord Curry.
This topic is important, and I want to explain my views on these amendments and how they tie in to my wider aspirations for trade and the UK farming sector more broadly.

First, I should say that two of the many reasons I supported the UK leaving the European Union are relevant here. The first is because I have great faith in UK farmers and their produce.  The UK has exceptionally driven producers, with high standards. Brexit affords the UK not only the opportunity to devise a support system for UK farmers which does not fund their rivals in the EU, is reactive to their needs, and rewards good practices; it also creates opportunities for our producers to trade more widely if we are able to strike and agree good free trade agreements as well as smaller deals. We have just last month with the first beef exports to the United States in over 20 years, what incredible opportunities there are for UK farmers, and it is important we harness those.

The second reason I want to highlight is that of developing countries.   The UK has and does play a pivotal role in enabling producers in developing countries to expand their horizons. Trade is key to ending poverty and deprivation in so many developing nations. The EU’s Common Agricultural Policy subsidises continental European farmers to produce food in quantities that we cannot eat. Those heavily subsidised surpluses completely distort African and other markets, undercutting the prices of domestically produced food. This make it impossible for impoverished African farmers to compete, and impossible for them to make a sustainable living.

Bearing in mind those two key drivers in my approach to our future trade and agricultural policy, I have examined the amendments tabled by the Lords, and find them problematic.  We all want to maintain our excellent food standards; it is what makes UK produce so appealing to global markets and it is the type of food domestic consumers wish to buy. That is why I welcomed the Government’s establishment of the Trade and Agriculture Commission to oversee food standards rigorously and independently.

However, the stipulations laid out in the Lords amendments create a potentially large set of new conditions that imports under trade agreements would have to meet. These are conditions that do not exist under any agreement the UK or EU has today. It would be unlikely that trading partners would agree to all requirements and in some cases, it might not even be possible for them to do so. As an example, it wouldn’t make sense to require trading partners with certain climates or environments to meet UK requirements on nitrate vulnerable zones, which are specifically adapted to UK conditions.

We must drive a hard bargain for access to our market, but we have to recognise that the more new conditions these amendments place on UK imports, the larger the trade off against access for our agri-food products to the markets of our trading partners. These amendments therefore cast doubt on the benefits that any trade deal could secure for UK agri-food businesses.

This could most immediately disrupt negotiations on those trade agreements that we are seeking to roll-over, but have not yet ratified, and put at risk preferential terms for UK exports. In a worst-case scenario this could for example affect whisky exports to Canada worth £96m; potato exports to Egypt worth £30m; and milk powder exports to Algeria worth £21m in 2019. In demanding the wide requirements set out in the amendments, we must therefore consider the cost that could come to not only these exports, but any future potential in our new agreements.

If the UK required new validation processes to be set up to ensure agricultural imports entering the UK met a vast range of domestic standards of production as stipulated under the amendments, these processes would rely on trade partner cooperation as partners would be responsible for assessing and documenting that those of their own domestic suppliers choosing to export to the UK met the prescribed standards. The more standards that are added, the greater the cost for developing countries, as the infrastructure and processes required to meet validation against the new UK food production standards register may not already be in place. This could adversely impact upon the economic wellbeing of many farmers in developing countries.

The UK imported an average of £213mn of black tea per year between 2017 and 2019, of which £142mn was from Kenya. Well known British tea brands including Taylors of Harrogate based in Yorkshire, Twinings of Hampshire, and Spicers of Tyne and Wear are key recipients of tea imports.

Similarly, coffee imports to the UK totalled, on average, £108m per year within the same time period, the majority of which was from Vietnam, at £43m. Kenco and Union Coffee, based in Oxfordshire and East London respectively, are British producers of a variety of different coffee products sold directly to UK consumers as well as to other businesses in the retail and hospitality sector, including Waitrose, Ocado, Gail’s Bakery and Peach Pubs. If Vietnam, and other developing countries that produce coffee beans exported to the UK, such as Ghana and Indonesia, were expected to provide evidence that they met UK carbon emission targets as set out in the Climate Change Act, the UK retail and hospitality sector would be heavily impacted.

Bananas are imported into the UK in large numbers every year from a variety of developing countries including the Dominican Republic, Belize, and Cameroon. The supply chain of bananas features UK supermarkets and food retailers both directly and via British manufacturers of, for example, cereal products, confectionery and desserts. Companies such as Jordans Cereals, based in Bedfordshire, and Dorset Cereals, based in Dorset, are examples of UK food manufacturers who contribute to the import of £105mn worth of bananas on average per year (2017-19). These companies would likely face huge supply chain disruption if the developing countries’ imports could not economically provide evidence of meeting existing UK legislation on the protection of animals, plants and habitats. A similar problem would be faced by British confectionery and dessert manufacturers such as Tunnock’s, based in Glasgow; Cadbury, based in the West Midlands; Gü, based in Hertfordshire; and Mr Kipling, based in West Yorkshire, if the 2017-19 annual average of £70mn of cocoa bean imports from countries such as Côte d'Ivoire and Nigeria were affected.

I hope this outlines why I cannot support amendments which would have such a catastrophic effect, not only on the future potential of UK agricultural businesses but would have a devastating impact on our existing imports, which are not only vital products in the UK market, but would also have a terrible impact on the exports so vital to the economies of developing nations.

It remains to be seen which amendments might be selected by the Speaker however, I will not support any amendment that would have such devastating consequences for the UK’s food supply and our ability to strike trade agreements which will benefit our producers.

A final note on food standards, as I am repeatedly asked about this and it is a really important topic, I do wish to reassure people that products such as chlorinated chicken and hormone-fed beef are already banned under UK legislation - they were contained within the Withdrawal Act, which transferred large swathes of these regulations from EU law on the UK statute book. MPs would have to vote to allow such imports if they were to take place in the future, an outcome I think is highly unlikely.