Anne-Marie takes up board position with Referendum group 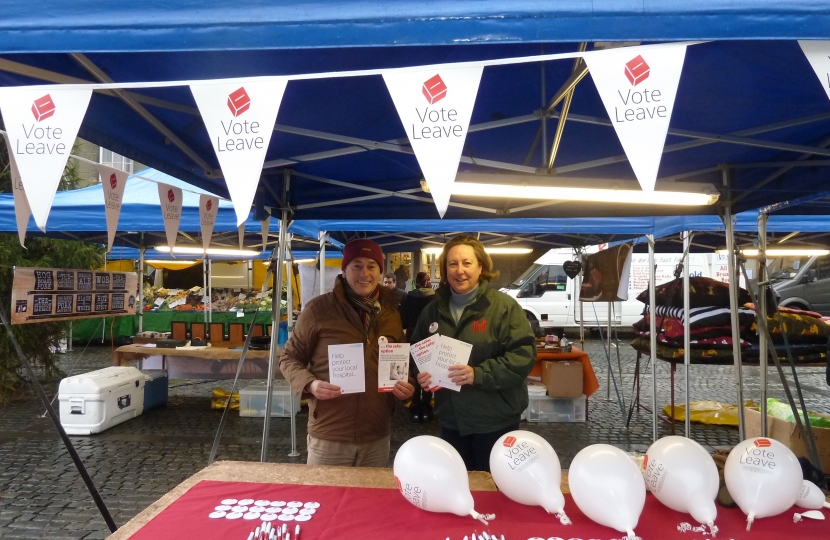 Anne-Marie Trevelyan MP, has expressed her delight at being asked to join the board of the cross-party group which is headed up by Labour MP Gisela Stuart.

The board comprises MPs, Peers and leading figures from the Conservative Party, Labour, the DUP and Ukip, as well as prominent businessmen and women, such as Labour supporter John Mills (of ‘JML’ fame) who is Deputy chairman of the board.  Vote Leave has applied to the Electoral Commission for the position of the official ‘leave’ campaign group in the referendum, and is up against Ukip’s ‘Go Movement’ and the far left TUSC (Trade Unionist and Socialist Congress) group for the nomination.

Anne-Marie said: “I am honoured to have been asked to join the board of Vote Leave under the Chairmanship of my Labour colleague Gisela Stuart.  It is great to be part of a positive, cross-party movement working together to campaign for a better future for our country outwith the bureaucratic clutches of Brussels. Vote Leave is a hugely professional outfit with some incredibly talented people from all sides of the political spectrum, and I look forward to continuing to work hard to spread the message that we need to take back control from the failing EU political project.”

Vote Leave has already held a number of events throughout the North East and in Northumberland.

Mrs Trevelyan said: “I am delighted by the number of people who have been in contact to offer to help out with the campaign across Northumberland. So many are people who are not normally involved in politics, but this is a once-in-a-generation opportunity to campaign for our country’s future, and it is great to work with so many local people who believe the safest bet for Britain is to vote to leave.”

Click HERE to find out more about Vote Leave.