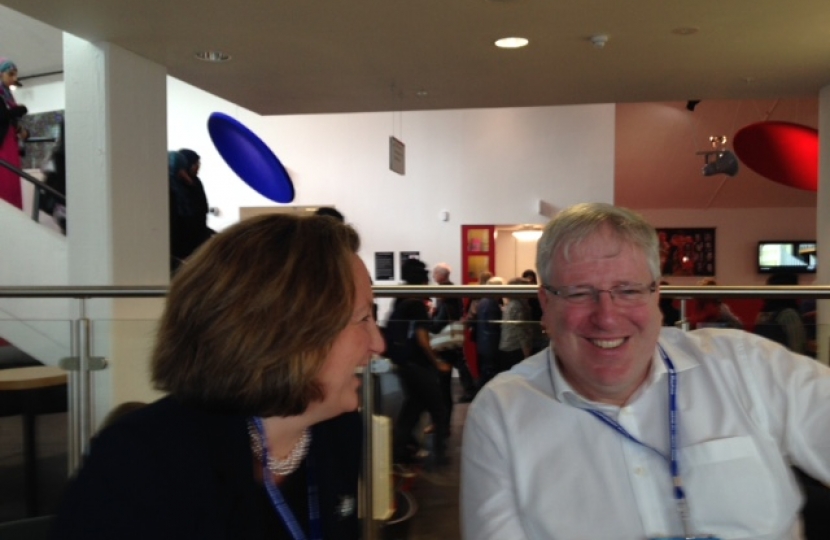 Anne-Marie Trevelyan, the Founder and Director of the 'Dual the A1 Campaign" has continued to lobby colleagues at the Conservative Party Conference ahead of the expected Government announcement, following the feasibility study on upgrading the road.

Anne-Marie Trevelyan, who today met, once again, the Chancellor, George Osborne and Secretary of State for Transport, Patrick McLaughlin said; "I continue to press the case for a full dualling  and funding commitment from the Government. When I set up the campaign in 2007, there was those, including the current MP, Alan Beith who had always said that it would never happen. I am increasingly optimistic about the outcome of the feasibility report but, as a campaigner I know, now is not the time to take my foot off the pedal."

After meeting Anne-Marie Trevelyan earlier, Patrick McLoughlin said "Anne Marie has been constantly lobbying me and my predecessors on the A1. The fact that the feasibility study was commissioned was a direct result of all her years of work and commitment to her campaign".