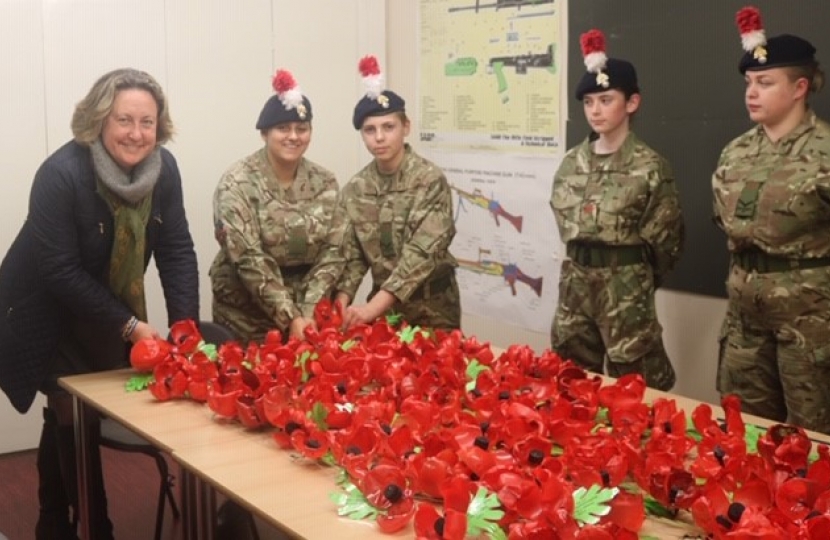 Anne-Marie Trevelyan, MP for Berwick-upon-Tweed, visited Berwick Army Cadets on Friday, in her role as Minister of State for Defence Procurement, where she was met by Lt Debra Jerdan. Anne-Marie then addressed the cadets on parade and saw the Remembrance Day project that the detachment is preparing.

Anne-Marie said “It is always a delight to visit the Berwick Detachment which is the largest in Northumberland. I meet them often when they are supporting veterans’ events, local charities, the Civic Party and the British Legion on Remembrance Sunday in Berwick.  Unfortunately I will not be able to be with them this Remembrance Sunday as I have Ministerial duties to carry out elsewhere.  I’ve watched many as they progress through their training over the years and I’m always amazed by their enthusiasm and dedication, which is in no small part due to the leadership and management of Lt Debra Jerdan who I know has been an inspiration to the detachment”.