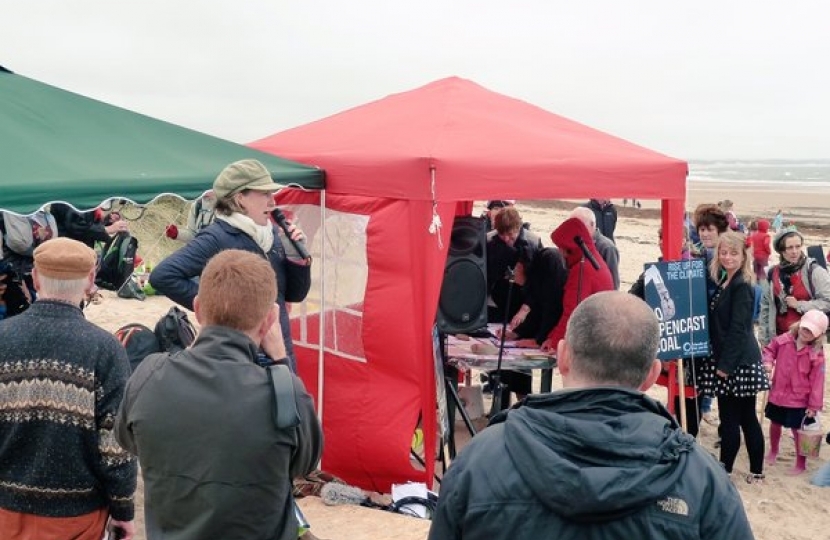 Anne-Marie Trevelyan, MP for Berwick-upon-Tweed, has welcomed the decision by Communities Secretary Robert Jenrick to reject the application by Banks Mining to construct an open cast coal mine in the picturesque Druridge Bay after a long battle following plans submitted by the Banks Mining Group.

Ms Trevelyan, who has worked with the community to oppose the plans for a number of years, expressed her delight that her colleague – making his determination in a semi-judicial capacity – had listened to the arguments put forward by her and the other campaigners, to protect the environment and honour the Conservative Party’s manifesto commitments on energy.

Reacting to the decision the MP said:

“This decision from the Secretary of State is incredibly welcome to all of us who have campaigned to protect our precious coastline, and the community in Druridge Bay who have had the spectre of this proposition hanging over them for a number of years. The Prime Minister was clear when he brought forward our goal to stop producing coal to 2024, that this Government will honour its commitments to a cleaner, greener future, and our target of net zero by 2050.

“This long-fought battle to protect our local environment has been a culmination of years of work by local people, groups and politicians of all parties, coming together to work for the future of their community and I pay tribute to everyone who has played their part in safeguarding our incredible landscape for future generations.”

The decision was originally rejected in 2018 by then Secretary of State Sajid Javid, but Banks Mining took the decision to the High Court, forcing it back into the Communities Secretary’s in-tray. Despite a concerted effort from Banks Mining to use national newspapers and MPs from other parts of the UK to put pressure on the Secretary of State, he came to the conclusion that the plans are “environmentally unacceptable”.

Attached below is the full decision letter from the Communities Secretary.

Our rural communities face unique challenges which Anne-Marie has been working hard to address and ensure decision-makers understand.

Anne-Marie has campaigned for the last ten years alongside local communities to stop the planners from allowing developers to build inappropriately sited onshore turbines and against plans for a new open-cast coal mine at Druridge Bay which she got Ministers to halt. We have a unique unspoiled landscape in our rural villages which must not be industrialised and ruined. Local voices now count.