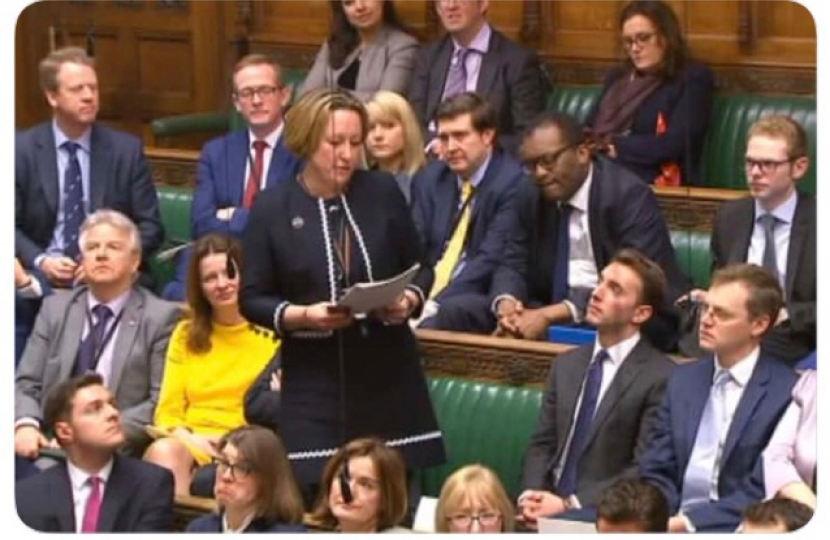 Today should have been Brexit Day. But the shocking arrogance of a majority of Remain MPs in the House of Commons, and a Prime Minister who never had any enthusiasm for the positive future which Brexit will give our country, have failed to deliver that today. The voice of the largest democratic mandate ever delivered in the UK is being slowly crushed, but we still can make progress on delivering what I have campaigned so hard for over many years.

All is not lost. Those of us who believe in and want to deliver for the largest democratic mandate can still push forwards and get us over the line. The machinations of Parliamentary process, conventions, Standing Orders, legislation and human frailty, create the most extraordinary Rubik’s cube decision making challenges for all of us who have the honour to be the elected representatives of our nation’s citizens at this crucial moment in our history.

Critically perhaps, politics is the art of the possible, realistically assessing the landscape before us. So I want to set out why today I will be voting AYE on the Withdrawal Agreement motion to keep Brexit in play.

Until now, we have been asked to vote on the Meaningful Vote; to give the PM our support for her (terrible, and potentially Northern Ireland annexing) Withdrawal Agreement and the Political Declaration. These are voted on together. She negotiated these, as far as I can see, with the EU’s needs in mind, not the UK’s.  She acquiesced, or indeed suggested herself, appalling propositions like the Northern Ireland backstop which risk permanent damage to our country and could allow a foreign power to control our laws without our views or consent, for the first time in our country’s history; a takeover without ever firing a shot.  Quite beyond me – but then as those of us who watched this unfold resigned, she just ignored us and carried on.

The Withdrawal Act states that we must approve a Meaningful Vote (the WA and PD as a package) and also pass the Withdrawal Agreement Bill to make the international treaty take effect in UK law.  So, what we are seeing today is a change in tactics by the Government since we would not pass the Meaningful Vote twice.  For Brexiteers, because the Withdrawal Agreement’s Northern Ireland protocol and the threat of a long backstop is too great as it stands; for Labour because the Political Declaration directs a future economic relationship which is not a customs union.  So I have twice been in the same lobby as my Labour colleagues but for different reasons!

The PM has now realised, and the Speaker assisted in that, that the Meaningful Vote will not pass unless there are changes to the WA, or the framework of the PD changes towards a much softer Brexit.  We have at last persuaded her to let us tackle the Withdrawal Agreement Bill first.  Until the EU Council meeting, those of us who are determined to deliver Brexit still had 29 March 2019 as the default, and possible, no-deal departure date to work with.  But at the Council meeting the PM decided to throw that away – she will not take the No Deal option.  At the end of the day that is her call to make.  And she did so.

So once she had thrown away a critical tool for delivering Brexit today, we had to look again at the situation.  And ten days on from starting discussions with various ministers on this, we persuaded them of the merit of asking us to just look at the Withdrawal Agreement alone – so that is what we will vote on today.  We will not have passed a Meaningful Vote, which means that all we are moving towards if this vote passes is to get our hands on the bill and scrutinise and amend it to make it more robust and reduce the backstop risks which the Attorney General’s advice says is possible. If I am not content at that point then I will not vote for it, and there must be such a vote at the end of the Bill process.
In the world of politics, each decision must be taken, each vote cast, with all the evidence possible before us.  There are always unknowns, and indeed the inability to predict what others will do.  So each vote I have ever cast as MP for Berwick-upon-Tweed has been on the basis of all that I have before me.

Today what I have before me is a PM who chose to throw away leaving on 29March with no deal, a Remain majority Parliament that this week demonstrated they are willing and able, numerically, to throw all conventions out of the window and frustrate the democratic will of the people, Conservative Remain colleagues willing to work with Labour MPs to try to change the goal posts so that we would be tied into a customs union forever, and the real risk of being forced to fight EU elections if we cannot get past the new 12 April deadline set for the new exit date.

I also have the opportunity to support a motion which endorses bringing the Withdrawal Agreement Bill to the House for scrutiny.  I can live with that for today.