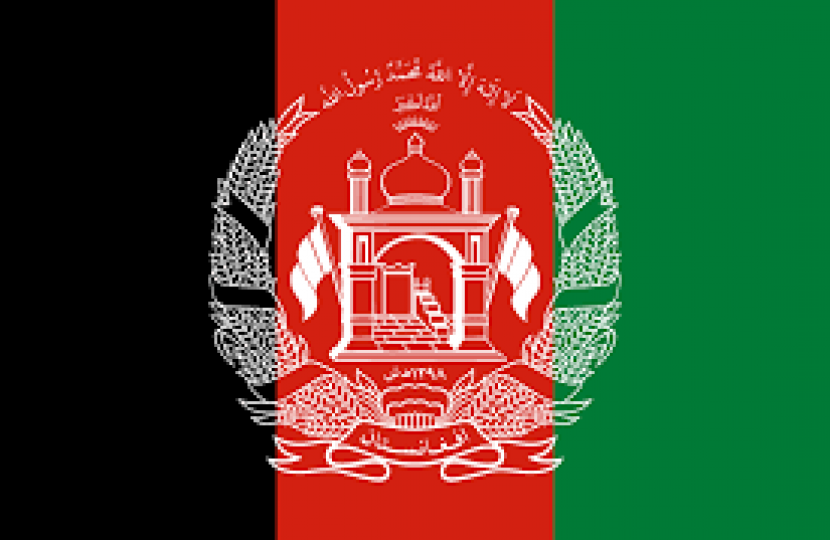 It is hard to put into words how gut-wrenching it is to see the unfolding situation in Afghanistan.  I am acutely aware of the sacrifices made by UK service personnel and their families, many of whom are my friends, colleagues and constituents. As a former Defence Minister, I am also very well aware of the operational challenges which our military personnel are working under right now, and their determination to uphold the UK commitment to protect all those Afgans who took great risks and personal sacrifices to serve alongside UK forces and other UK related activity in country.

As International Development Secretary last year I had a particular focus on driving forwards on projects to enable access to education for women and girls. I am especially concerned for their safety and their futures under Taliban rule, and whilst you can never take education away from someone, it is certainly possible to exert punishments. The Taliban are saying reassuring things but I will only rest easier if their actions match their words.

I travelled to Westminster for the recall of Parliament this week.  Ministers are not able to speak in debates that are not on the topic of their own brief, but I felt it was important for me to be there, to talk to colleagues and support them, especially those who are veterans themselves, who have found this week especially tough. My good friend Tom Tugendhat was able to deliver an incredibly powerful speech, which I would encourage you to watch HERE if you have not yet done so.

The UK’s position
Last year, US President Trump made a deal with the Taliban for the withdrawal of US Troops from Afghanistan, which President Biden decided to honour and to move out of Afghanistan by the end of August. Despite the best efforts of the UK - and especially our Defence Secretary Ben Wallace- to encourage other NATO allies to remain in Afghanistan with the UK, in order to provide continued support for Afghan forces and the democratic Afghan government, there was simply not the appetite from our allies for a continued military presence without the USA.

On Sunday 15 August, the Prime Minister spoke to NATO Secretary General Jens Stoltenberg and UN Secretary General António Guterres about the current situation in Afghanistan. The PM  emphasised the need for a coordinated and concerted effort from the international community in the coming months to tackle the extremist threat and address the humanitarian emergency in Afghanistan. He stressed the importance of any recognition of a new Afghan Government happening on a joint, rather than unilateral, basis. The Prime Minister has called for meetings of NATO’s North Atlantic Council and the UN Security Council to take place as soon as possible.

At the UN Security Council on 16 August, speaking on the behalf of the UK, James Kariuki (Deputy Permanent Representative to UK Mission to the UN ) called on the Taliban to do three things immediately:

(1) Cease all hostilities and military action, to ensure the protection of civilians and to allow the safe and orderly departure of foreign nationals and others who wish to leave.
(2) Commit unequivocally not to harbour or give safe haven to terrorist groups which endanger other countries.
(3) Honour their promises to protect and uphold human rights, including those of women, girls and minorities.
He argued that if "the Taliban continue to abuse basic human rights they cannot expect to enjoy any legitimacy in the eyes of the Afghan people or the international community."

On 16 August, the Prime Minister also spoke with President Macron of France. He stressed the need for the international community to come together and take a unified approach on Afghanistan, both in terms of recognising any future government and in working to prevent a humanitarian and refugee crisis. The Prime Minister outlined his intention to host a virtual meeting of G7 leaders on Afghanistan in the coming days to this end. The leaders both emphasised the ongoing importance of working together on the long-term future of Afghanistan and the immediate need to help our nationals and others get to safety. They agreed that the UK and France should work together at the UN Security Council, including on a possible joint-resolution.

On 17 August, the Prime Minister also spoke with Chancellor Merkel to similar effect.

Supporting Afghans most at risk
On 1 April 2021, the UK launched the Afghan Relocations and Assistance Policy (ARAP) which offers relocation to current and former employees such as embassy support staff, those in political and counter-terrorism roles, or cultural advisors who could face threats related to their occupation.

This scheme builds on the pre-existing ex-gratia scheme which entitles some locally employed staff (LES) to relocate to the UK, namely those whom the UK Government considers to have put themselves in the most danger while employed in Afghanistan.

ARAP has already supported over 3,100 former Afghan staff and their families to start new lives in the UK, with more than 1,800 of them arriving over the last few weeks alone.

It has recently been confirmed that the scheme will be extended to permit LES and their family members to make applications from outside Afghanistan. This will mean that those who have already left Afghanistan, or choose to do so in future, will automatically be eligible for relocation to the UK. This will be enacted through changes to the Immigration Rules this autumn.
The MOD has confirmed that it is committed to amending the ARAP as the situation in the Afghanistan develops.

The deployment of an additional military personnel to Afghanistan will contribute to the acceleration of the ARAP programme.

Officials are working tirelessly across Government to process eligible persons, ensuring they are processed in a timely fashion and issued with the required visas and documentation to fly to the UK.

The Home Office has deployed a small team of brave officials to assist the FCDO in Kabul. (More updates HERE) They are streamlining the processing of new visas and other documents needed for British nationals, former UK staff and other eligible people and their families to leave Afghanistan and travel to the UK.

Defence Secretary, Ben Wallace, has made clear that the safety of British Nationals, deployed military personnel, and Afghans who have risked their lives working alongside the UK Armed Forces are the Government’s first priority.

Nowzad
The vast majority of people who have emailed me about the unfolding situation in Afghanistan have primarily been concerned about the animal charity “Nowzad” and the safety of its staff.  The Prime Minister made clear in the Commons on Wednesday that the UK will do all it can to assist Pen Farthing. I understand that the FCDO has contacted Mr Farthing to see what support they can provide.

Support for UK veterans
I am concerned that for many of our veterans, this week will have been especially challenging.  There are resources available via Op COURAGE and you can find out more about it HERE.  I was also pleased to see that Health Secretary Sajid Javid confirmed this week that the NHS is urgently looking at ways it can increase support for those veterans who might be struggling with the events of this week. It is also ready to support those refugees as they arrive in the UK.

Support for UK nationals in Afghanistan
British nationals still in the country that have not already registered with the FCDO should contact us on +44 (0)1908 516666 and select the option “Consular services for British nationals”. They can also email help@fco.gov.uk. Registered British nationals will be contacted about flights. The FCDO are monitoring the situation 24/7 as getting people to safety is our main priority.

If you have family in Afghanistan who are struggling to reach UK support, please contact me and my team asap. If you know of others in that situation who live elsewhere, please ask them to contact their own MP.  The Foreign Secretary has given every single MP emergency helpline numbers for differing scenarios.