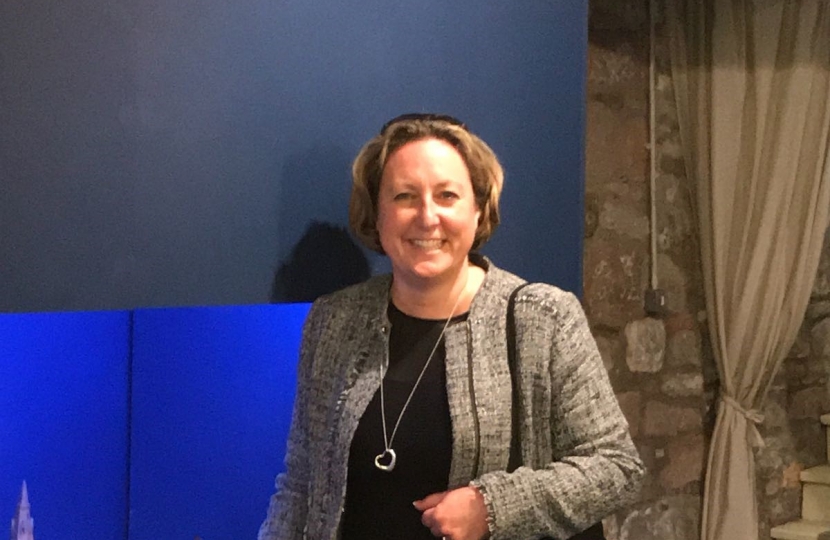 Anne-Marie Trevelyan  has paid a visit to Berwick museum housed within Berwick barracks as part of her tour to support the heritage of the region and was met by Rowan Brown, CEO of the Woodhorn Charitable Trust, who described the work that the trust was doing and explained their new business plan and ambitions. Following an in depth discussion of how Anne-Marie can support the museum, Rowan gave Anne-Marie a tour of the museum and a look behind the scenes at the items currently in store.

Anne-Marie had the pleasure of meeting the outstanding team that runs the Museum and was also introduced to Anne Moore, Museum Officer North and Jane Miller, Education and Outreach Officer.

Anne-Marie said “ The museum which is based in the barracks is a treasure trove of Berwick history. I was surprised by how much wasn’t on display because the Museum has so much material, which is testament to the rich history of our area.”

“There is a wealth of information to be gleaned from the exhibits and I would encourage everyone in the local area to visit and see what is on their doorstep. Heritage and culture is such a vital part of tourism for the area and is so important for our identity. I was delighted to hear of how they are moving forward with their new business plan and I can see Berwick museum going from strength to strength in the coming years. It was a visit that I will treasure and I look forward to working with, and supporting the Museum to ensure they have a bright future.”