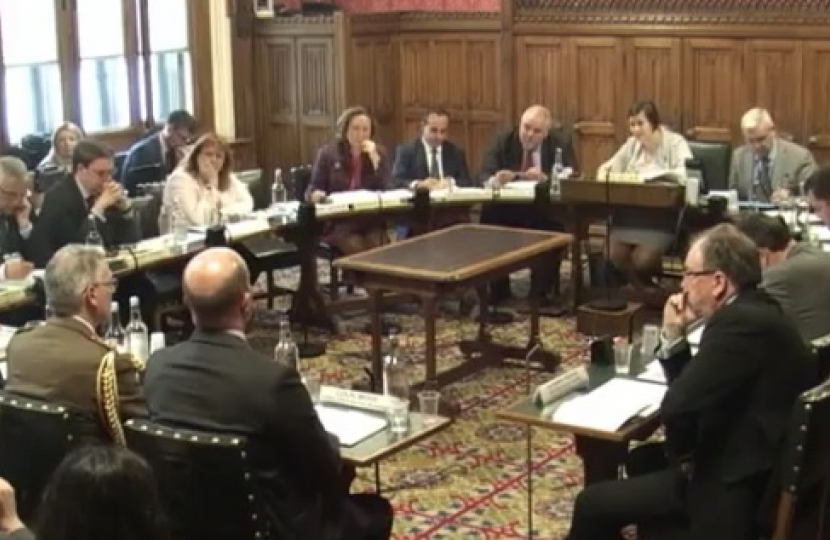 Anne-Marie Trevelyan, MP for Berwick-upon-Tweed, led a packed Public Accounts Committee session yesterday in which the Ministry of Defence’s top brass and their housing contractor CarillionAmey were grilled over their failure to provide decent homes for service families.

Mrs Trevelyan, who has been contacted by over 1,000 military families from Northumberland and across the country, initiated the inquiry over her concerns that the poor quality of housing and maintenance was driving people out of the armed forces.  The Public Accounts Committee, which scrutinises the spending of public money, enlisted the National Audit Office who conducted a review of Service Families Accommodation.

The report found that found that satisfaction levels about the standard of forces accommodation was at 50 per cent - its lowest for seven years, since CarillionAmey took on the contract to maintain 50,000 homes from the Ministry of Defence.

The Committee heard evidence from the Families Federations, and from a military wife, who told MPs that in some cases "engineers had turned up, banged on the boilers with spanners and leaving people with no heating and no hot water".

Anne-Marie said: "Some of the stories have been horrendous - it is just appalling. There's a serious retention risk from the housing offer. It's just not good enough."

Richard Lumby, the Managing Director of Carillion Defence and Security told the MPs: "We have undoubtedly dropped a big clanger and put a lot of people and their families though discomfort over the last 18 months. We are incredibly sorry where we have done that and caused significant failure and discomfort.”

The Committee will review improvements in the performance of CarillionAmey in the coming months, ahead of a wider inquiry into defence housing contracts.

You can watch the hearing HERE.