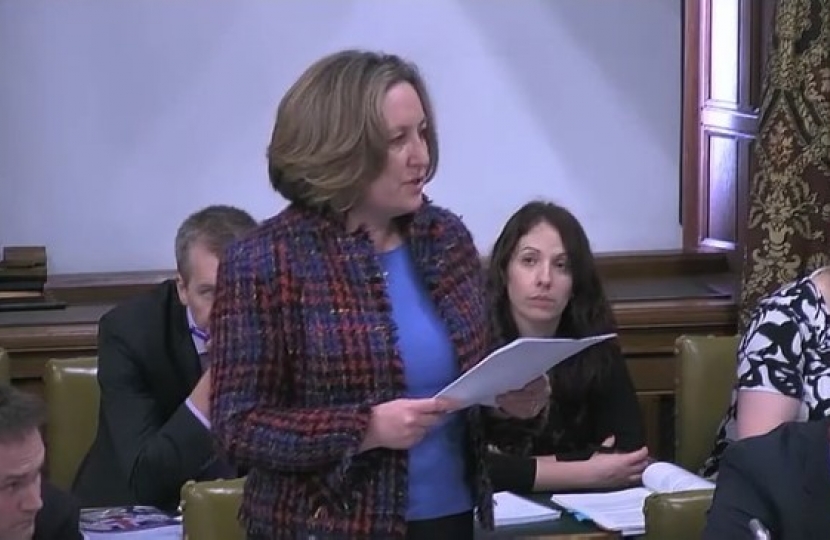 Mrs Trevelyan, who is Chairman of the new All-Party group on the Armed Forces Covenant, applied for the debate in December when she discovered the report had never been subject of a debate in Parliament.  The application received support from Conservative, Labour, DUP, UUP and SNP MPs who also spoke in the debate held in Westminster Hall for three hours.

Mrs Trevelyan said: “It was an honour to open the debate on a subject so important to our nation.  Our armed forces personnel, veterans and their families have given so much for our country, and they should not face disadvantages for doing so. I have been involved in this issue for many years, first as a campaigner in north Northumberland, and now as the MP, with  serving military personnel, their families and veterans of all ages, for whom the covenant’s pledge has not always been a reality.”

The debate raised many of the issues faced by armed forces personnel, in housing, access to healthcare and mental health services, and finding employment once they have left service.  The Covenant aims to reduce those problems, and to ensure that personnel and veterans do not face disadvantages.

The debate was closed by the Defence Minister Mark Lancaster MP, who told the MPs the MoD’s focus for 2016 will be in identifying areas in the country where the Covenant is not working as it should and in creating a mechanism to ensure uniformity of delivery.

Anne-Marie concluded her speech by challenging her colleagues and the wider public to do more to raise awareness of the country’s obligations in the covenant: “I want our whole nation to think about the covenant in their daily lives. I hope that colleagues from all corners of the UK and of every political colour will join us in building a nation that has at its heart, in every sphere of our lives, a deep understanding and practice of the moral obligation to our armed forces. We are free to live our lives as we wish in this great nation of ours thanks to the unstinting and total commitment of all those military personnel who stood and who stand ready to defend us now in the face of dangers, so many as yet unknown.”

The Hansard transcript of the debate can be found HERE and more information on the obligations set out in the Armed Forces Covenant is available HERE.

Below is the video feed from the debate.