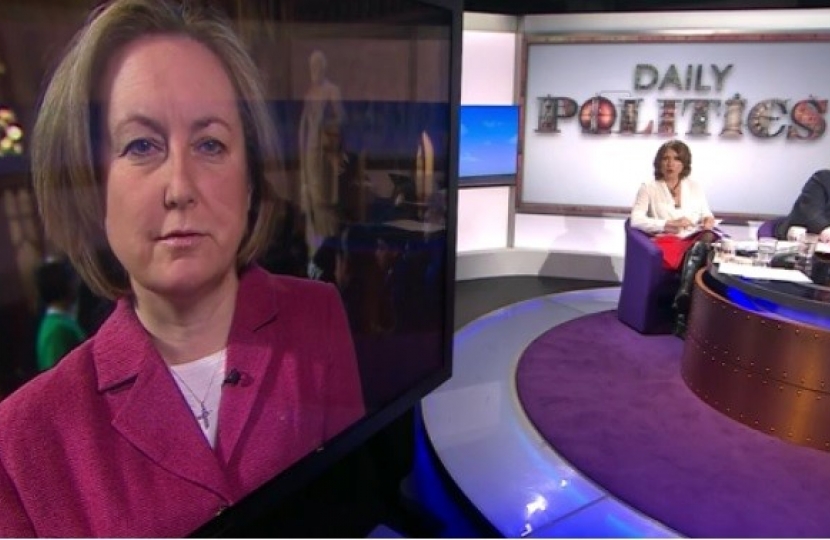 Berwick’s MP, Anne-Marie Trevelyan, has teamed up with Labour MP Paula Sherriff to table an amendment to call on the government to remove VAT from women’s sanitary products.

In a statement issued to her colleagues, Mrs Trevelyan called upon them to support the cross-party amendment:

“Amendment (a), which Paula Sherriff has kindly tabled and I have supported, would allow the House of Commons, when it debates the Finance Bill later in the session, to hold a vote on whether or not we should scrap the tampon tax. As a result of EU law, the UK remains obliged to charge sanitary products to value added tax of 5%. Tampons are not a luxury and British women should not have to pay any tax on them. This principle has support across the House, including from Conservative, Labour, SNP and Liberal Democrat MPs.

“The Government promised in October when the House last discussed this matter that it would seek changes at EU-level as part of its renegotiation.  As a result, I felt able to support the Government and wanted to give Ministers time to persuade the European Commission to act. Sadly, although there is an ongoing Commission review, no changes have been formally proposed. Even if this happens, any of the other 27 member state could veto the proposals after the referendum. To give the House the opportunity to take more decisive action to end this unwanted tax, I urge you to support amendment (a).

“I firmly believe that the UK Government should be responsible for setting the taxes in this country – not the European Commission. It is a fundamental principle of democracy that there should be no taxation without representation, but this is eroded by the VAT directive. This unfair tax affects over 50% of the population. Despite having identified some worthy causes to which to direct the revenues of this unfair tax, it is fundamentally wrong that the Chancellor is powerless to overrule the might of the EU on this matter.”

Since news of the amendment broke, the Chancellor George Osborne has stated that he hopes to receive permission from the EU in the coming days: “I perfectly understand people’s anger at paying the tampon tax. I said we would get agreement that we could reduce this rate to zero. I think we are on the verge of getting that agreement. I think we are going to get that agreement in the next few days, we hope.”

Responding to Mr Osborne’s latest reaction, Anne-Marie said: “I am pleased to hear the Chancellor supports the aims of our amendment and I hope he will support it next week.”