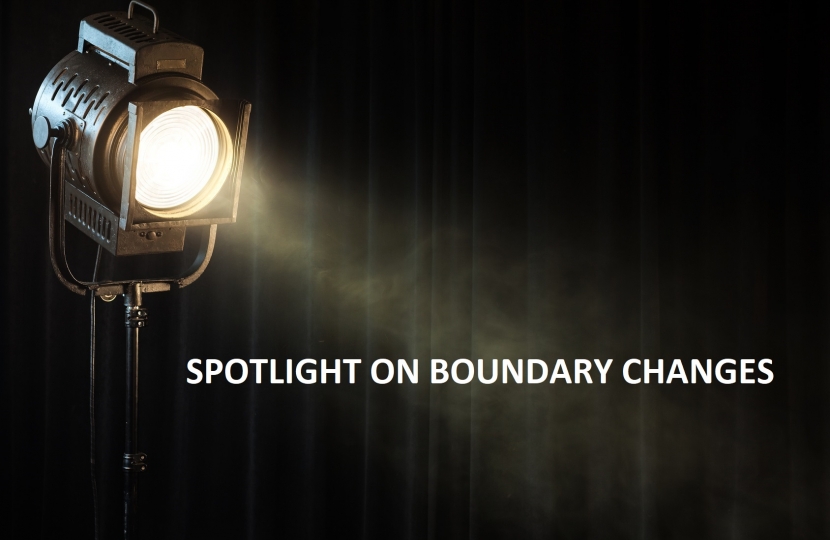 This week I joined colleagues queuing to be given an embargoed copy of the Boundary Commission's proposals for changes to Parliamentary boundaries in England. The review is called the 2023 review, because the Commission must report its final recommendations by 1st July 2023, which Parliament will then vote on.

Why is this review taking place?
Parliament voted in December 2020 to enable the independent Boundary Commission to conduct a review of Parliamentary boundaries, following the release of the latest ONS population data in January 2021.  The previous review took place between 200 and 2007 and came into effect in the 2010 general election. Since then, populations have changed, and some constituencies are unequal.  This means that there are some constituencies that have almost double the electorate of others.  In order to ensure everyone's vote has roughly the same weight, a review needs to be carried out.

The Boundary Commission tries to take into account local authority and ward boundaries, and does its best not to split communities, but sometimes that is inevitable! You can explore the proposals for yourself HERE.

What does it mean for Northumberland?
The proposals published this week takes Northumberland from 4 MPs to 3 as the present constituencies are below the new elector range.  My own constituency of Berwick-upon-Tweed, despite being one the largest in the country in terms of geographical size, must get larger as we have fewer people living here.

Being hemmed in by the North Sea and the Scottish border gives the Boundary Commission few options, and the proposal for our constituency is to take on Morpeth and for Longhorsley ward to move into the new Hexham constituency. This gives the new seat a elector number of 72,541.

Further south, Blyth and Ashington have been combined to create a new seat, and Cramlington has been joined with Whitley Bay.

How can I have my say and what happens next?
These are initial proposals, which are likely to change before 2023.  There is a consultation on these proposals running until 2nd August.  You can have your say HERE.

All consultation responses will be published, and early next year, public hearings will take place in each region for people to have their say in person.

My own view on the proposals for this constituency is that they are sensible (sad though I will be to lose the wonderful parishes of Longhorsley ward) but I do not agree with the proposed name "Berwick and Morpeth".  The new constituency should either reflect all three centres of population ("Berwick, Alnwick and Morpeth") or simply be called North Northumberland.