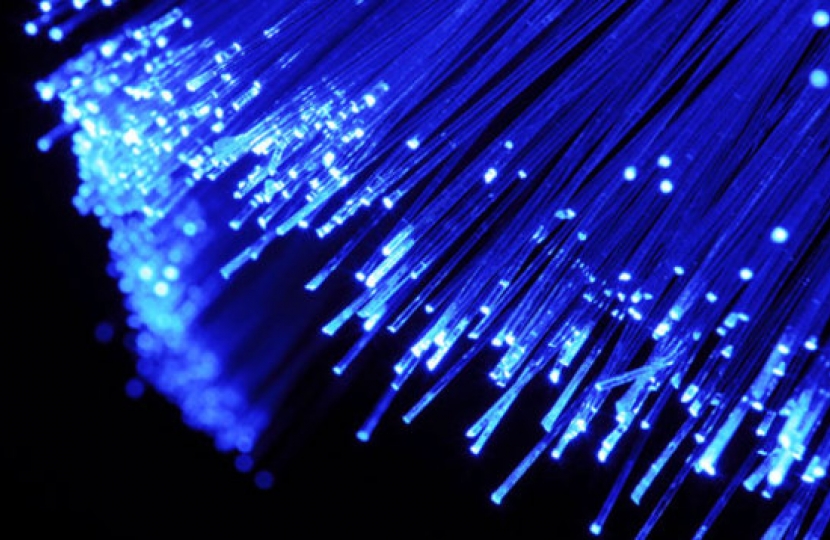 Many people, myself included, read the press reports over the weekend with alarm, as they seemed to suggest a scaling back in the Government’s commitment to implementing the promised Universal Service Obligation for broadband, at a speed of 10Mbps.

I asked the Minister, Ed Vaizey, to meet with concerned colleagues, which he did this morning. He has now clarified the Government’s position in a letter to MPs, which I have reproduced below for your reference:

“You may have read stories in the press last week suggesting the Government has abandoned its commitment to giving all households in the UK access to fast broadband.

This is not correct.

“When we came to office in 2010, only 45 per cent of the country had access to superfast broadband. Today, we have provided superfast broadband access to 90 per cent of the UK – some additional 4 million homes and businesses. By the end of next year, we will have reached 95 per cent. This is a result of £1.7 billion of investment from the Government, local councils, the devolved administrations and BT.

“And we have always been clear that we would not stop there, and would continue working to connect rural areas. That is why we plan to bring in legislation that will bring broadband to the remaining 5% hardest-to-reach areas. People and businesses in those areas will have a legal entitlement to request fast broadband, and up to a reasonable cost threshold, they must be provided with it. We have already consulted on this, and the consultation document can be read here: https://www.gov.uk/government/consultations/broadband-universal-service-obligation.

“The UK now leads Europe on broadband speed, coverage, price and competition. And our Broadband Universal Service Obligation for the final 5% will set an ambition for speeds of 10mbps – the speed needed to meet the demands of today’s typical family and many small businesses. This is higher than anywhere else in Europe. For example, Spain and Finland set their USO speed at just 1mbps.  And – crucially - as average speeds increase, so the speed of the USO can be increased, so that it keeps pace with what people need.

“As we made clear in our consultation document in March, this new Broadband Service Obligation means that fast broadband will be available on request, putting broadband connections on a par with the obligation to provide a telephone line. Just as there is for telephone lines, there will need to be a cap on the cost that the universal service provider or providers can be reasonably expected to pay.

“We will consult on the exact detail of this aspect of the Obligation once the legislation is in place, and I will make sure that consultation is flagged up to you. So be in no doubt, the PM’s commitment is firmly in place. And it is a commitment that forms a key part of the Government’s intention to move the whole country forward with our broadband rollout. I hope this letter helps to allay any concerns about this Government’s commitment to introducing a USO.”

I am pleased the Minister has confirmed the Government’s continued commitment to bringing in the Broadband Service Obligation, which will make such a difference to us in Northumberland. The change will be brought in to legislation via the Digital Economy Bill, which I very much hope will be listed in the Queen’s Speech next week.

Following the consultation which closed in March, which led to the Government deciding to bring in the Broadband Service Obligation, there will be a further consultation over the summer, the details of which I will publish once I have them.  This consultation will be used to decide the financial commitment required to support rural communities in accessing the 10Mbps broadband service.  The Minister indicated that it is likely to be similar in proportion to the existing telephony service obligation.

During the meeting I also raised the issue of mobile connectivity across rural Northumberland and the need to continue to invest in more 4G masts like the two (of 75 nationwide) we got in the last round of the MIP (Mobile Infrastructure Project), one of which has connected up the Fontburn valley and many remote farmhouses and hamlets. I have asked the Minister to consider funding another MIP to create more capacity across our rural countryside.

Many parts of north Northumberland are now able to access superfast broadband where BT has upgraded its cabinets, although I am acutely aware that the nature of the system is such that residents more than a mile from the cabinet will not see the maximum level of improvement, however it is very important that people check via the iNorthumberland website (http://www.inorthumberland.org.uk/) if it is in theory available via the exchange, as present statistics indicate that only 30-35% of those who are able to take up superfast broadband contracts have done so.  With the fast-moving pace of digital development to business and medicine, I want to ensure as many homes as possible convert to superfast contracts so BT’s commitment to reinvest Government subsidy into the fibre network can be achieved as soon as possible.

It would be very helpful to me if you could send in a recent screenshot of your download and upload speed with your address and postcode to help us to map the real situation across the county.