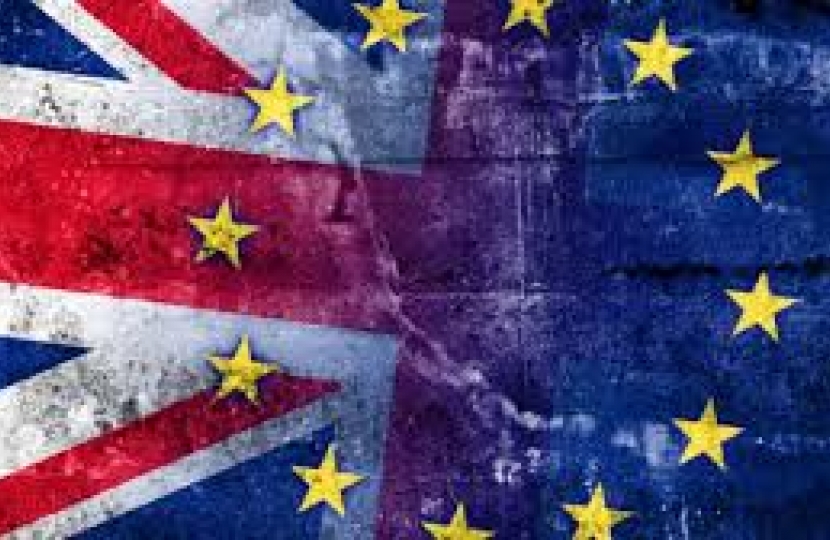 The results of last Thursday’s referendum were momentous and will shape the future of our nation in a way no other vote in recent years has done.  That is why I was so pleased that turnout was so high – 72% - the highest turnout of any election since 1992.  This was the largest democratic engagement in any vote, and I am pleased the British people decided to come out and have their say.  Here in Northumberland, the result was 55%-45% for leave.

As many of you will know, I campaigned for a leave result, and explained my reasons for doing so in the media, in my newsletter to residents, on my website, and in the various public debates held locally. The polls showed for weeks that the result would be close, and that the country was split, and in the end, almost half of the nation voted for a different outcome, so there is clearly work to be done to bring everyone together and to provide reassurance to those who have concerns about the future.

Disentangling the UK from 43 years of EU regulations will be no mean feat, and we need to ensure proper systems are in place to ensure an orderly withdrawal, which should take place with cool heads and determined minds.

A lot of people have been in touch since the result, to ask what happens next.  I thought it would be helpful to set out my answers to the most commons questions:

Why is the ‘Leave’ campaign not leading the renegotiations?

How do we leave the EU?

Under the terms of the Lisbon Treaty, member states must trigger ‘Article 50’ in order to start the process, which could take up to two years.  It is up to that member state when they trigger Article 50.  The Prime Minister has been very clear that it is up to the new Prime Minister when that happens.  It is not for the EU to decide that timetable.

Some people have called for a second referendum – will this happen?

Many people have been in touch, very worried (understandably so) that Parliament might seek to overrule the democratic result of the referendum.  Please rest assured this will not happen.  The Prime Minister was very clear that the purpose of this referendum, was for the people to decide, once and for all, whether to continue to be members of the EU, or to leave. He was clear throughout there would be no second referendum. Democracy is a wonderful thing, but it is saddening how many seem to wish to dismiss it if it produces a result they dislike.  The electorate have voted, and in numbers not seen in decades.  We must respect their decision and focus on delivering the outcome that the majority voice chose in this, the oldest and most democratic nation in the world.

What happens to farmers and other people who receive EU funding?

The reason that farmers receive subsidies is to ensure they remain solvent all year round, so that they can continue to produce the food we need.  This hasn’t changed.  The only change will be that the subsidies will no longer be routed through the EU’s complex system, which penalises farmers, overburdens them with inspections and for many farmers in Northumberland this year, pays them late causing hardship and uncertainty.  Once we are no longer in the EU, we will have a system which will be tailored to the needs of our farming community (the present system has to suit farmers from all EU countries).  This will be a key priority for the Government, and I have received assurances from the Environment Secretary this week, that farmers will continue to be well-supported. Whilst we are still members of the EU (that is, until the process of Article 50 is complete) farmers will continue to receive subsidy as normal, from the EU bodies.

The same applies to other institutions who presently receive taxpayers’ money routed via the EU, such as universities and local authorities.  New systems will be set up to fund them directly. These new systems can be tailored for our needs as a nation, and ensure we continue to have the best technology and research sectors in Europe.

What happens to EU nationals living in the UK?

Nothing.  Any new immigration policy would be applied to future applicants, not those who presently live here.  We are leaving the EU and its political institutions, we are not leaving Europe.  European Union citizens have come to live and work here and have made incredible contributions to our nation.  They are very welcome here and any attempt to make them or any other immigrants feel unwelcome must be decried.  The UK is a global nation, which has a proud and long history of welcoming people from across Europe and the rest of the world, which pre-dates our membership of the EU and will continue once we have left.  We will now be in a position to form a fair immigration policy which assesses people according to their skills and merits rather than discriminating against them based on their country of origin.

Who will be the next Prime Minister?

I am deeply disappointed that David Cameron has announced his intention to step down in the autumn, and I signed a letter before the referendum, asking him to stay in place whatever the result.  He has been an incredible Prime Minister for our nation and I am proud to have had him as my leader.  He remains the Prime Minister until the election for his successor is complete in early September.  My priority for the new leader will be someone who will fully carry out the will of the British people in this referendum, and will focus on securing a stable and prosperous future for our nation.  There is a lot of work to do, and I have set out some of my priorities in an article which you can read HERE.