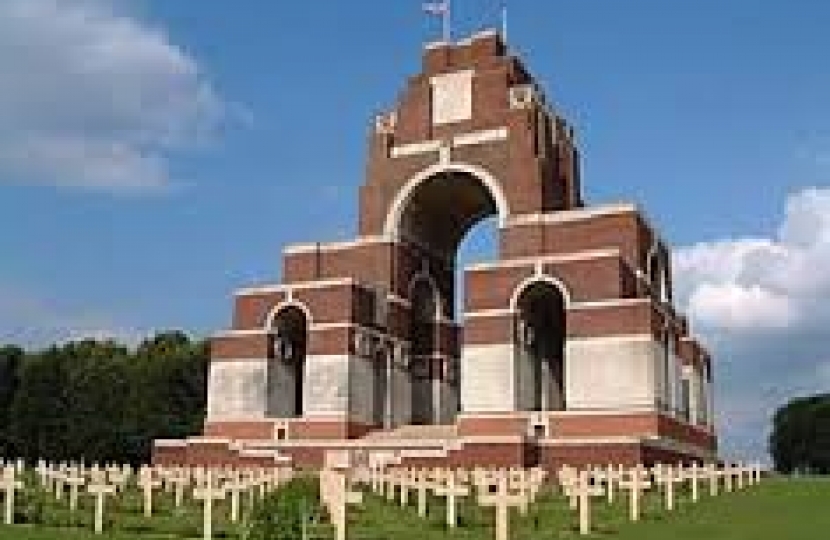 Last week I attended a briefing with Andrew Murrison MP, the Prime Minister’s Special Representative for the First World War Centenary, on the commemoration of the Battle of the Somme, which falls on 1st July.

2016 is the pivotal year in our four year national commemoration of the centenary of the First World War. Every corner of the British Isles was touched by the events of a hundred years ago and everyone should now have the opportunity to engage with them.

The Somme was the gravest battle of the First World War, when on 1st July 1916, the British Army lost over 60,000 souls on one day alone.  Over 1 million young men lost their lives during the course of the battle, making it one of the bloodiest in human history. Across the UK there are few towns and villages that didn’t feel the loss at that fateful battle, and 100 years on, it is incumbent upon us to remember the lives lost and the importance of honouring the bravery of those who sacrificed themselves and the families and communities who were affected by that loss. Few battles resonate more strongly in our consciousness as a nation than the Somme.  It is right and fitting that we mark the battle respectfully.

Local communities are being asked to take part in a nationwide campaign to survey and conserve local war memorials to ensure they are ‘fitting tributes to the fallen’. The Government is supporting the conservation, repair and protection of war memorials. The First World War Memorials Programme is asking for all of our support so that war memorials are cherished, protected and conserved to stand as a testament to the fallen for generations to come. The War Memorials Trust to as been granted an additional £2 million to disburse in grant funding for repair and conservation in grants from £300 to £30,000. I would strongly encourage community groups and parish councils in Northumberland who believe their own memorial is in need of repair to apply to the fund – please do get in touch with my office for further details on how to do this.

Activities to mark the Somme will be taking place nationwide, including a vigil at Westminster Abby, but I hope people of all generations across Northumberland will have the chance to attend an event and honour the bravery of those who sacrificed so much. Once I have details of local commemorations, I will publish the details on my website.