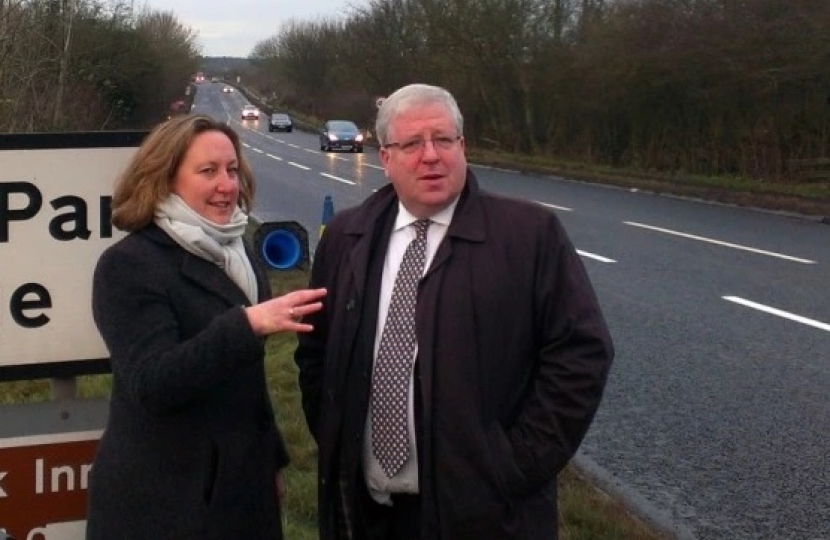 Anne-Marie Trevelyan, MP for Berwick-upon-Tweed, has written to Transport Secreetary, Patrick McLoughlin MP, urging him to include the Mousen Bends stretch of the A1 in the package of A1 improvement works as part of the dualling scheme.

The £290 million scheme involves dualling the A1 north of Morpeth as far as Ellingham, which it is hoped will lead to full dualling in due course.  The scheme also includes additional overtaking lanes and improvements to junctions.

The Highways England’s A1 in Northumberland team recently held a series of roadshows to present possible route options for the dualled road, and to seek local knowledge of junctions in need of improvement.  Mrs Trevelyan, who was briefed on the options prior to the roadshows, told the team that Mousen Bends was the stretch of the A1 she had the most concerns about.

Anne-Marie said: “I made clear to the Highways England team that Mousen Bends is the most dangerous stretch of the A1 in my constituency with a high rate of accidents and near misses.  Almost everyone who contacted me in the wake of the roadshows expressed their concerns that Mousen Bends has not been included in the imrpovement works.  I understand that this is because the scope of the scheme allows for the dualling itself, and improvements to junctions, which leaves Mousen Bends outside the terms of the project.  That is why I have asked the Secretary of State to consider including Mousen Bends in the works, or making additional funds available to carry out the work.”