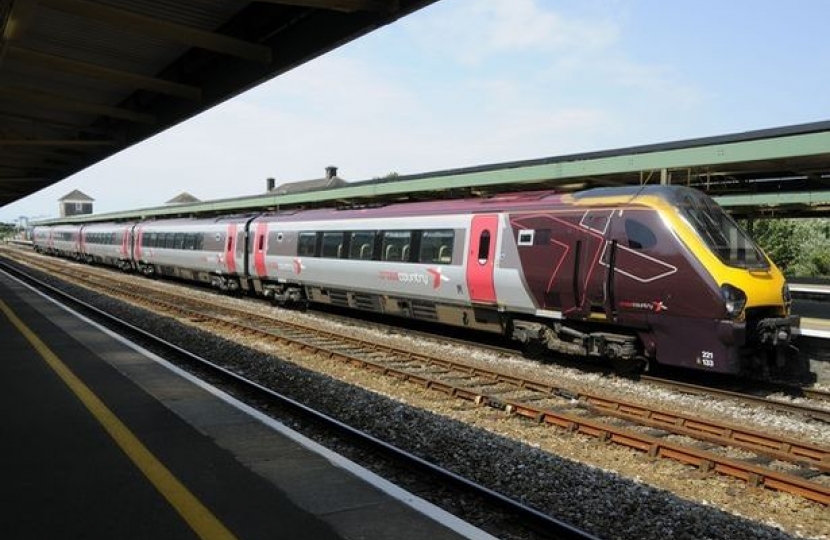 Anne-Marie Trevelyan has today called upon residents across the region to make their voice heard in the Government consultation for the next cross country rail franchise.

Anne-Marie said “This consultation is crucial for the future of rail travel right across the United Kingdom, but the Government’s commitment to the East Coast Mainline was confirmed yesterday as the Prime Minister announced a £780 million investment programme in the East Coast Main Line, which will give passengers more seats and faster, more frequent journeys, which demonstrates the commitment to the North East”f

“I have spoken with Government over recent days regarding the vital importance of trains and local infrastructure to North Northumberland and they know very clearly how valued the stations through Morpeth, Alnmouth and Berwick-upon-Tweed are to the local economy, residents and commuters. I would encourage everyone in the area to make their voice heard so together we can secure a bright future for rail infrastructure and travel in our patch”

'The public consultation on the Cross Country rail franchise is an opportunity to hear directly from passengers about the services they want to see.

As stated in the consultation, there will still be at least one Cross Country train per hour north of Newcastle, in addition to the services from other franchises.

We know how much the services to Morpeth, Alnmouth and Berwick-upon-Tweed are valued, and passenger views will be properly reflected before setting the minimum requirements for the new operator.

I would encourage passengers to respond to the consultation before the 30th August so that we can deliver the services that passengers need.

We want to hear views from passengers and other stakeholders on all aspects of the service so we can ensure the new franchise delivers the best possible railway for passengers, communities and business.'

The consultation link is below: