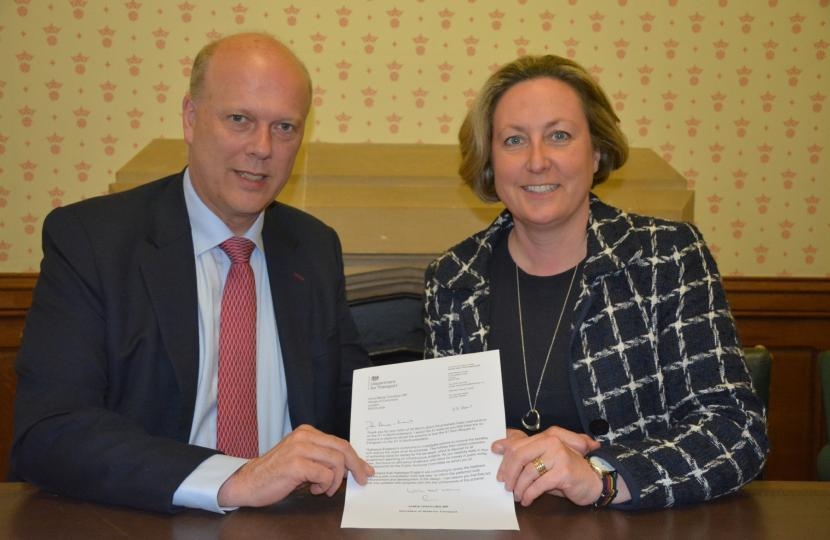 Highways England, whose dedicated “A1 in Northumberland” project team updates the MP regularly, has declared that their Green route option will be the preferred route between Morpeth and Felton, and the Orange route option will be the preferred route between Alnwick and Ellingham. For Morpeth to Felton, this involves constructing a new stretch of dualled carriageway to the west, and for the section between Alwnick and Ellingham, the existing road will be widened. In both cases the choices represented the favourite option among local residents who took part in the extensive consultation events.

Anne-Marie said: “This is fantastic news – not only for those of us who have spent a decade working towards getting the A1 dualled – but for the people of north Northumberland.  The Highways England team has worked hard to ensure local views were included in their route planning and residents can now see their input in this plan.  £293 million represents a huge investment for Northumberland and it is a proud moment for me to see the plan coming together and to show that this dualling is really happening.  The next step will be the planning stage – local residents can keep updated on this by subscribing to my e-newsletter!”

Residents can find out more about the plans, and how the team came to the conclusions they reached in their detailed booklet here:https://highwaysengland.citizenspace.com/he/a1-in-northumberland/results/a1-northumberland_pra---morpeth-to-ellingham_v2_digital.pdf

The announcement means the plans remain on schedule to commence in 2020, and for the new road to open in 2023.

Picture: Anne-Marie with Transport Secretary Chris Grayling with a letter confirming the project is on schedule and his support for her campaign to dual to the Scottish border.