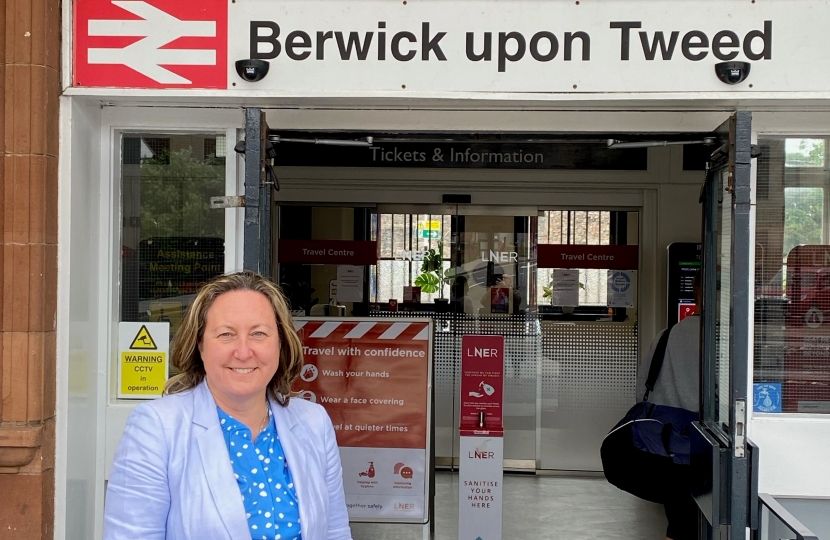 North Northumberland MP Anne-Marie Trevelyan met David Horne, Managing Director of LNER this morning to express her concerns at the proposed changes to the rail network in Northumberland which would see fewer services stopping at Morpeth and Berwick.

The MP – who also met Northumberland rail user group SENRUG last week – made clear to Mr Horne that passengers in Berwick, Alnmouth and Morpeth and the surrounding communities rely on rail connectivity, and that cutting existing services would be short-sighted.

Speaking of the proposals, the MP said:

“So many of our communities rely on decent rail service to Edinburgh and Newcastle and I have heard from so many residents who moved to our towns and villages because the good rail connections meant they were able to commute to larger cities.  I was very clear to Mr Horne that our communities in the north east are vibrant, growing and reliant on good rail connections and should not be sacrificed in order to achieve slightly faster journey times between Edinburgh and London. Our rail services are not simply for city to city travel, but for local connections too.  I will continue to campaign to preserve them.

“I was also concerned that the wording of the consultation makes it seem as if the proposals are a “done deal”. I was glad Mr Horne took the opportunity to assure me that was not the case.  He also told me one of the strongest responses LNER has received to its timetable consultation so far has been from Berwick and Morpeth, so the message is starting to get through. I would encourage anyone who has not yet taken part in the consultation to do so, to let LNER know the strength of feeling on this issue.”

The MP also met Dennis Fancett – Chair of rail user group SENRUG – and Councillor Richard Wearmouth (Deputy Leader and Portfolio Holder for Corporate Services at Northumberland County Council) at County Hall on Friday to talk about the LNER proposals and the importance of a strong response to them.