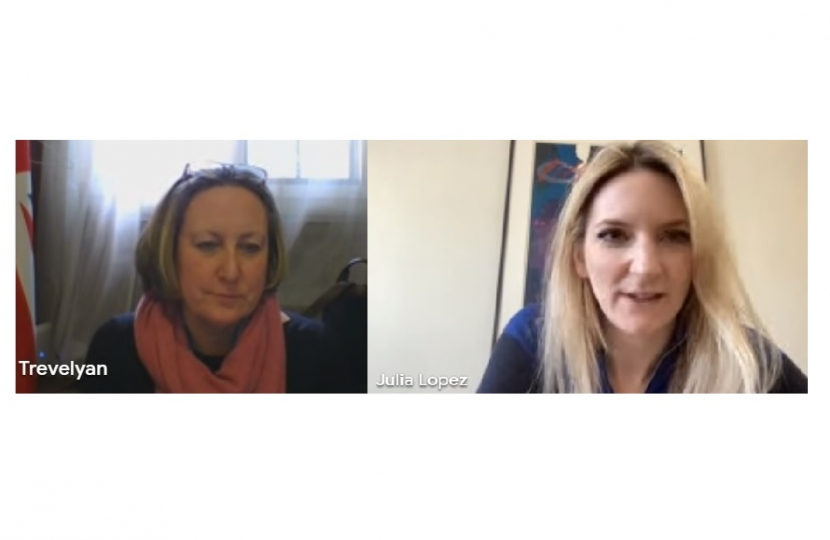 Anne-Marie Trevelyan, MP for Berwick-upon-Tweed, met DCMS Minister Julia Lopez today to discuss concerns she and her constituents had over plans to convert the old and deteriorating copper landline networks to newer digital VOIP [voice over internet protocol] systems. The plans were underway and many residents have already switched to the newer system, because copper cabling is unreliable, deteriorating and difficult to maintain. However, they maintain a power supply in the event of a more general power outage, meaning those homes on the old systems were able to use their landline phones during the Storm Arwen power cuts, when others on the newer systems struggled.

According to Ofcom regulations, network operators (BT, Sky etc) are required to ensure vulnerable customers can continue to access communication with the emergency services in the event of a power cut, and are responsible for providing those customers with a back-up battery pack providing  a minimum power supply lasting one hour.

Ms Trevelyan had concerns that many customers did not know about this requirement, perhaps did not have a back-up battery, and in any case felt one hour’s charge was not sufficient for lengthier power outages experienced across Northumberland, least of all during major storms such as Storm Arwen.

She got in touch with Openreach and met them early in 2022 to ask them to pause the rollout while alternative systems were put in place to vastly improve resilience. BT announced this week they will be doing so, and Anne-Marie went ahead with her planned meeting with the Minister to talk about why this is so important to Northumberland residents.

Speaking of the meeting she said:

“I was grateful to the Minister for her time to talk through this issue that is so important to our rural communities. She has asked BT to work on how to ensure their systems – including the newer digital VOIP landline systems – are resilient in the event of power outages. I stressed how important this is for our rural areas. Ofcom’s 1 hour battery back-up industry standard might suit more urban areas where power outages are rare and short-lived, but they simply don’t cut it here. Storm Arwen was an extreme example of that, and I am pleased that message from me and other colleagues has been received loud and clear by Government, industry and regulator.

“Minister Lopez also set out the work she and her team have been leading on resilience of the wider network, and ensuring all residents, including those living rurally, have access to decent broadband and to mobile phone signal. Northumberland is the top priority area for Project Gigabit, which will see the Government subsidise connections – work is due to begin in the autumn after contracts are awarded this summer. She also updated me on the Shared Rural Network which will see the north east reach 98% mobile 4G coverage.  I was clear to the Minister and her team that I will be seeking frequent update meetings to ensure these timelines are adhered to. It is great that Northumberland has been prioritised, and I will keep pushing until these impressive promises are delivered.”

Our rural communities face unique challenges which Anne-Marie has been working hard to address and ensure decision-makers understand.