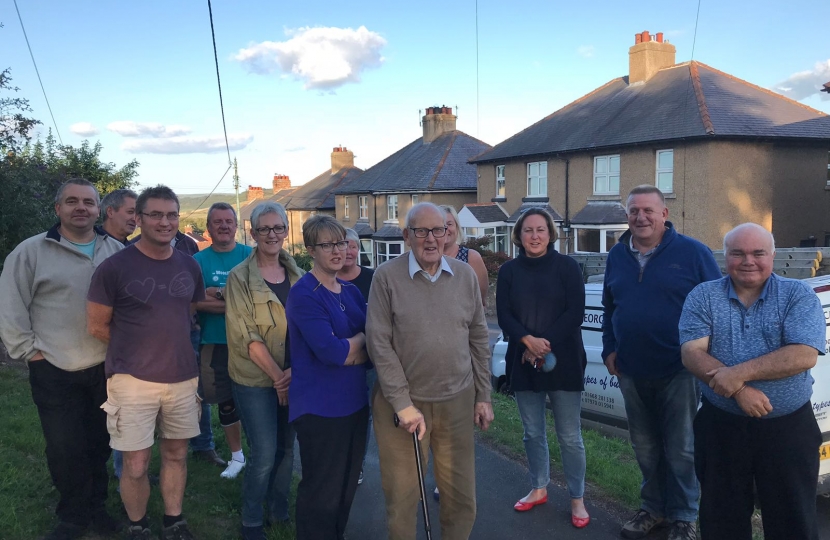 Anne-Marie Trevelyan, MP for Berwick-upon-Tweed, has backed a local campaign to improve safety in Wooler.

The MP joined residents of Ramsey Lane in Wooler, along with local Councillor Anthony Murray, to see for herself the problems people are facing. The lane is the only access road out of Wooler towards the Cheviot Hills.  It also leads to a quarry, meaning HGVs are frequent users of the lane. With no pavement on one side of the road, and vehicles travelling at speed, it can be extremely dangerous for local residents.

Anne-Marie said: “There has always been an issue of parking and safety on Ramsey Lane. Cllr Anthony Murray and I have bought this to the attention of the last administration in County Hall, but time has moved on and the situation is now much worse.  I will be writing to the County Council on behalf of the residents to press them into taking action before there is a major safety issue.”

The MP expressed particular concern that the new homes to be built will add to the problem.  She is calling for a new 20mph speed limit to help with the immediate safety concerns, and for the Council to look at restructuring the road to deal with the increased traffic.

She added: “I am hoping the Council will look at the possibility of installing traffic lights and more off-street parking, which will go a long way to relieving the problem for local people.”