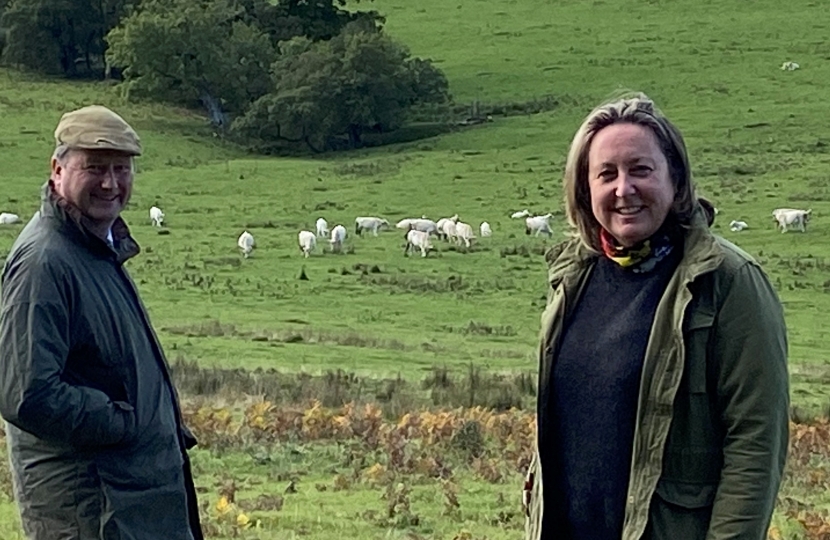 Anne-Marie Trevelyan, MP for Berwick-upon-Tweed, was pleased to visit Chillingham Castle last week to view the remarkable herd of Chillingham Wild Cattle, a rare breed of cattle descended from ancient herds which roamed Britain hundreds of years ago. The herd, which has grazed the Chillingham Park in Northumberland for at least 800 years, are the only herd in the world to remain undomesticated, and are a major tourist attraction. Despite centuries of inbreeding, the cattle remain genetically strong – a phenomena which interested the naturalist Charles Darwin in the 1860s.

Anne-Marie was invited to view the herd and learn more about their remarkable success by Angus Collingwood-Cameron who manages the Park.

Speaking of the opportunity to view the herd, Anne-Marie said: “It is amazing how this herd has survived in its true form for centuries, I would like to thank Angus and his team who manage the park and look after the Wild Cattle for the extraordinary stewardship skills they have which have allowed us all to marvel that this truly ancient breed of cattle.”

Answers to some of the most common questions being asked.

Below are some answers to the questions I am receiving. I will continue to update these. You can find the details of the measures HERE.

What are the main restrictions?