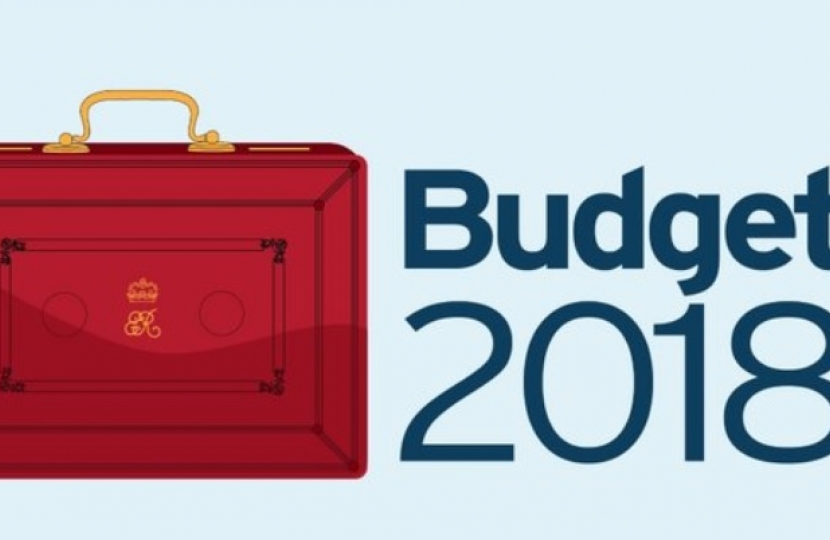 Anne-Marie Trevelyan, MP for Berwick-upon-Tweed, has welcomed today’s Budget, delivered by the Chancellor Philip Hammond, which signalled an end to the policies of austerity brought in to repair the economic disaster left behind by the previous Labour administration.  After a period of 8 years of growth in the economy and wages, record employment and the smallest inequality gap in decades, the hard work is paying off.

The Chancellor today confirmed the NHS is now to receive an extra £20.5billion a year over the next five years, representing the largest cash injection for the NHS ever in its history – a staggering £84 billion five year deal. This is in addition to the mammoth £2 billion on mental health services announced today, including new mental health crisis services.  The Chancellor also promised the Brexit dividend – the money the UK will save from not being members of the EU, will be used to fund public services, including schools and the NHS.

Anne-Marie said: “Continued extra funding for our NHS is vital, and I am delighted we are delivering more than double the funds promised even by opposition parties. We are able to fund our public services in such a way because of the Conservatives’ careful management of the economy in the wake of Labour’s disastrous recession.

“I was also delighted to hear the Chancellor announce a business rates cut for small businesses, which will see 90% of all small shops, cafes and restaurants save at least £8,000 a year. This is a huge boost for Northumberland businesses, many of whom have contacted me in the past year or so with concerns over business rates. I am sure many of my constituents will also be pleased to hear there is yet more money - £420 million – for pothole repairs, available immediately, as I know motorists are beginning to suffer at this time of year.”

Regardless of their drinking preferences, every working person will see a boost from this budget, with a rise of the personal allowance – the amount you can earn before paying tax - £12,500 from April 2019, delivering on the Conservative manifesto commitment a year early. 1.7 million people have been taken out of paying tax altogether in the last two years alone, and 32 million people will receive a tax cut from this Budget.