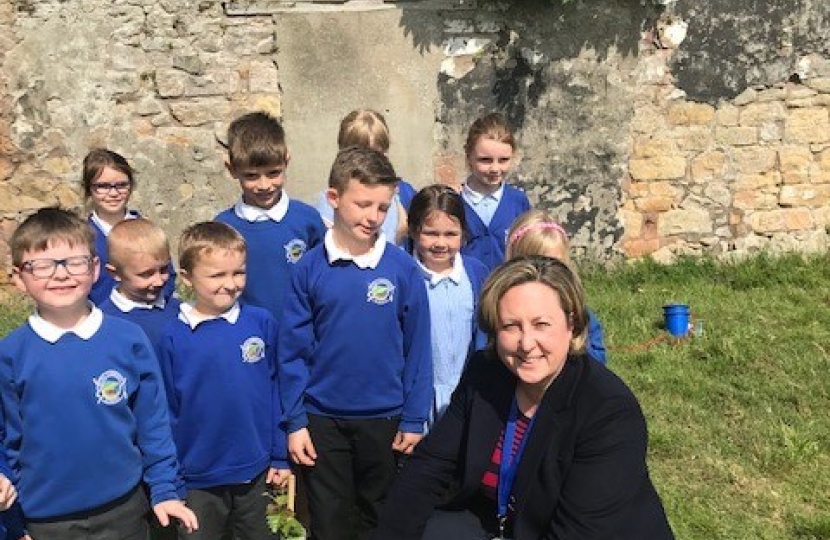 Anne-Marie Trevelyan, MP for Berwick-upon-Tweed has welcomed the Education Secretary’s announcement of huge increases to schools funding, which will especially benefit smaller schools. The Education Secretary, Gavin Williamson MP, announced a total investment of an extra £14 billion over three years, including a large new fund ear-marked for the support of children with special needs and disabilities.

Anne-Marie said: “I am delighted we have honoured this manifesto commitment so quickly, as it will make such a difference here in Northumberland, especially for smaller, often rural schools. Many schools in my constituency will see total funding increases of around 20% with some receiving as much as 40% more.  Historically, the per-pupil funding stream meant smaller schools with fewer pupils struggled to make ends meet, which is why I have campaigned for fairer schools funding since I was first elected.  This is really good news for Northumberland schools.”

The Education Secretary also confirmed that, at a minimum, every secondary school will receive at least £5,000 per pupil and every primary school will receive at least £3,750 per pupil next year, which will rise to £4,000 per pupil the following year. To ensure that schools fully benefit from this pledge, the Government will lay regulations later this month to ensure local authorities pass on these minimum per pupil funding levels to schools. As well as supporting the lowest funded schools, this marks an important step towards a ‘hard’ national funding formula – where schools’ budgets are set on the basis of a single, national formula.

The average per pupil funding for a primary school pupil in Berwick-upon-Tweed constituency for 2020-21 will now be £9,003.

There is more information HERE.

Photo: Anne-Marie on a recent visit to Spittal First School