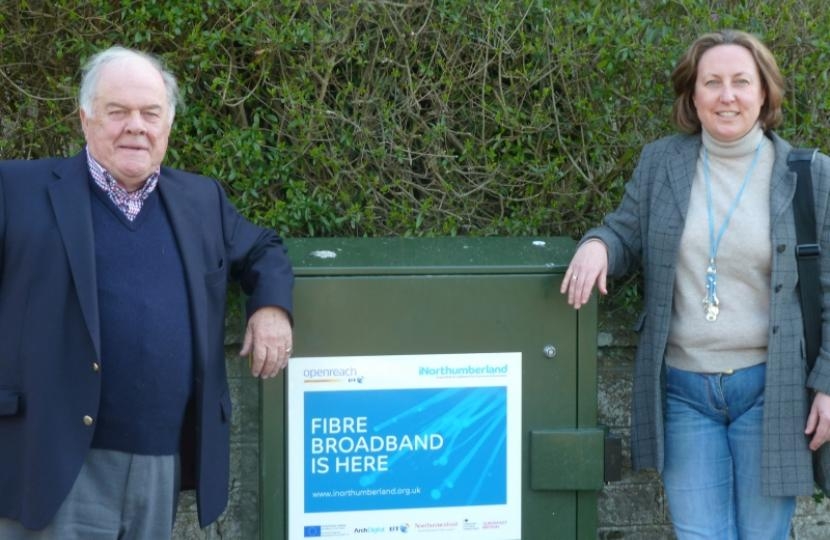 Anne-Marie Trevelyan, MP for Berwick-upon-Tweed, has welcomed a flurry of new areas which can now access superfast broadband across the county.

The MP, who works to put pressure on BT and iNorthumberland to ensure the pace of progress is maintained, was delighted to see a long list of new villages and areas which now have access.

Speaking of the progress, she said: “It is so crucial we continue to roll out superfast broadband to all homes in Northumberland, especially those in more rural areas. Fast broadband is now officially the fourth utility thanks to the Government’s new legislation to enforce a minimum standard and I am delighted so many more of my constituents can now choose to connect to a faster broadband service. There is still more to do but this new roll out is excellent news.”

Additionally, Mrs Trevelyan has called upon constituents to take part in the Government’s consultation on the scope of the new Universal Service Obligation.

She said: “Those who follow my work in Parliament will know I have spent a few years pressuring the Government to adopt a Universal Service Obligation for broadband – it guarantees a level of service which has to be provided in the same way as we already have with water and electricity. I was delighted when it became law, and now the Government is consulting on the scope. It is so vital for Northumberland residents to take part in the consultation to make their views known.”

The consultation can be found HERE.