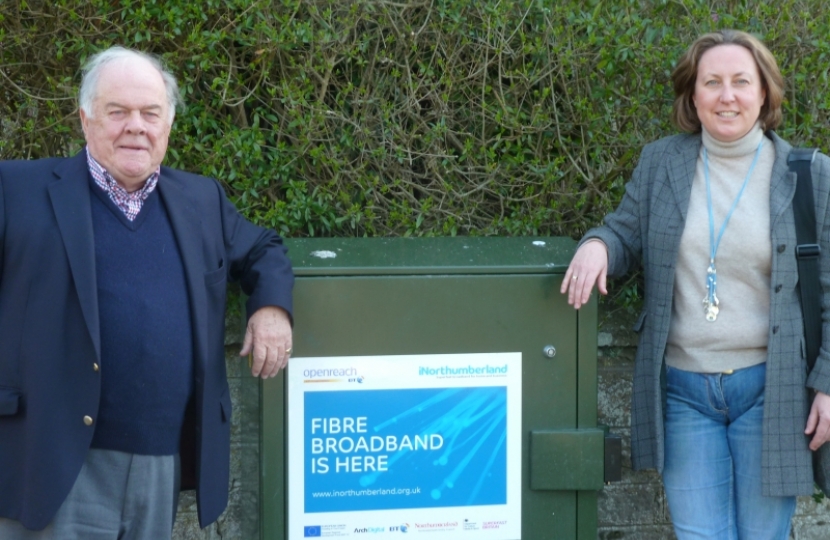 Ofcom, the telecoms regulator has now published its initial conclusions into the future of BT and Openreach, agreeing with a group of MPs, including Anne-Marie Trevelyan, who believe the closeness of the two companies is bad for consumers.  Ofcom will publish proposals for dealing with the problem later in the year, but refused to rule out separating Openreach from BT altogether.

In an email to Berwick MP Anne-Marie Trevelyan, Sharon White the Chief Executive of Ofcom said “Openreach’s governance lacks independence from BT Group. The wider company has retained control over Openreach’s decision-making and the budget that is spent on the network, and other telecoms companies have not been consulted sufficiently on investment plans that affect them. For these reasons, Ofcom has decided it is necessary to overhaul Openreach’s governance and strengthen its independence from BT. In future, Openreach needs to take its own decisions on budget, investment and strategy – such as the deployment of new networks. Openreach management should be required to serve all wholesale customers equally, and consult them on its investment plans. There will also be greater transparency over how costs and assets are allocated between Openreach and the rest of BT.”

Anne-Marie, who is part of the group of MPs behind the ‘Broadbad’ report, said “I am pleased Ofcom recognises that Openreach has been acting in the interests of BT, not its customers. Openreach has so far received £1.7 billion in taxpayer subsidies to connect harder to reach areas of the UK to superfast services, but has repeatedly failed to deliver, particularly here in Northumberland. I will continue to do all I can to campaign for a better deal for consumers and I look forward to Ofcom’s final proposals on how to tackle this monopoly which is not acting in the best interests of customers.”

As part of its digital review, Ofcom will also ensure Openreach will be subject to tougher, minimum requirements to repair faults and install new lines more quickly. These will set higher minimum standards and extend to other aspects of performance, such as how often faults occur.

Mrs Trevelyan also praised new measures to compensate customers for poor service: “ I am pleased to hear from Ofcom that it intends to introduce automatic compensation for consumers and businesses when things go wrong. Broadband, landline and mobile customers will no longer have to seek redress themselves, but will instead receive refunds automatically for any loss or reduction of service. I will continue to lobby Ofcom to ensure that proposal becomes a reality.”

You can read more about Ofcom's proposals HERE and the Broadbad report from a cross-party group of MPs HERE.