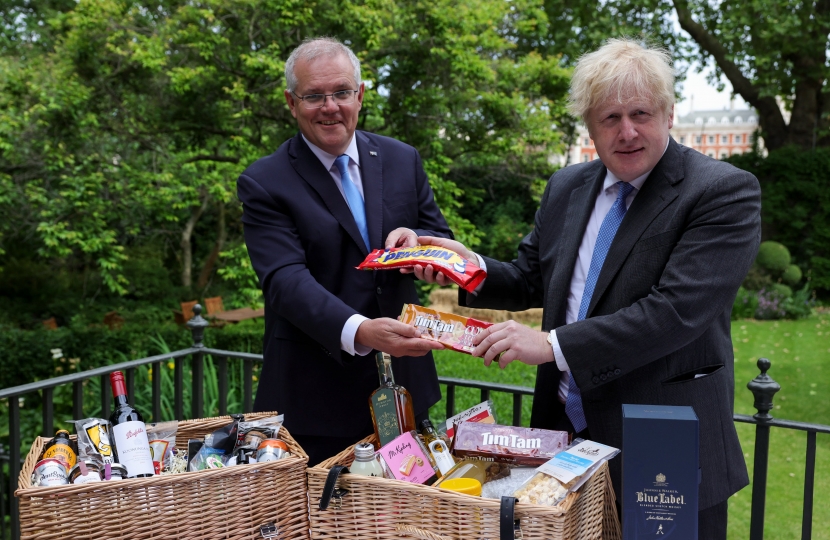 North Northumberland MP, Anne-Marie Trevelyan, has welcomed the announcement that a landmark trade deal has been made between the UK and Australia. The agreement opens up fantastic opportunities for British businesses and consumers, as well as young people wanting to work and live Down Under.

There are 10 key benefits of the trade deal:

Throughout the negotiations we have listened closely to the concerns of farmers and other stakeholders. That is why we have agreed 15 years of capped tariff free imports from Australia, which means that Australian farmers will only have the same access as EU farmers 15 years after the agreement comes into force.

We will back British farmers in opening up new export opportunities, such as to the CPTPP markets which are expected to account for a quarter of global import demand for meat by 2030.