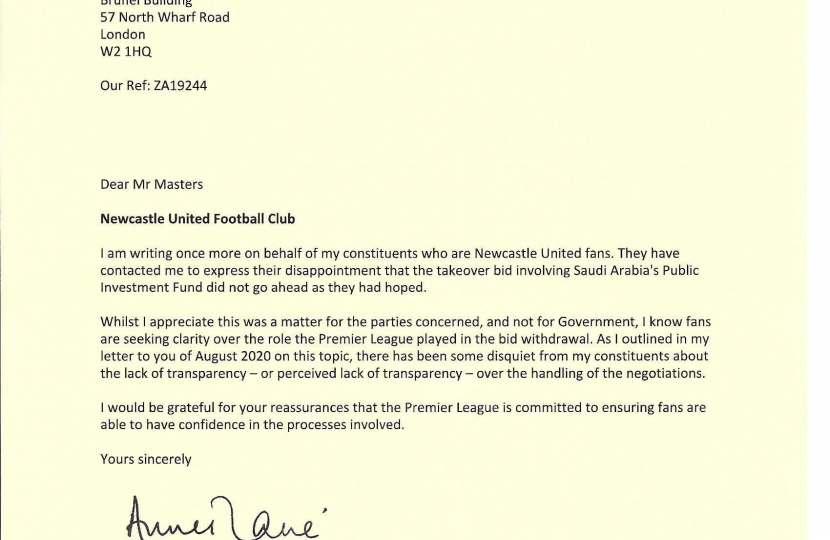 Anne-Marie Trevelyan, MP for Berwick-upon-Tweed, has written to the Chief Executive of the Premier League to express concerns from local fans over the handling of the failed takeover bid by Public Investment Fund.

The MP, who has received a large number of emails from concerns fans in her constituency, has expressed concerns about the lack of transparency involved in the process, and the lack of communication and clarity for fans.

The MP said: "I appreciate there are many fans disappointed that this bid did not succeed.  Whilst I understand there are strict procedures in place with these bids to ensure they are conducted properly, and rightly so, many fans were concerned about the lack of clarity from the Premier League.  I have asked the chief executive to address this issue, and work towards a system that has the confidence of fans."

The letter is attached below.