My week in Westminster 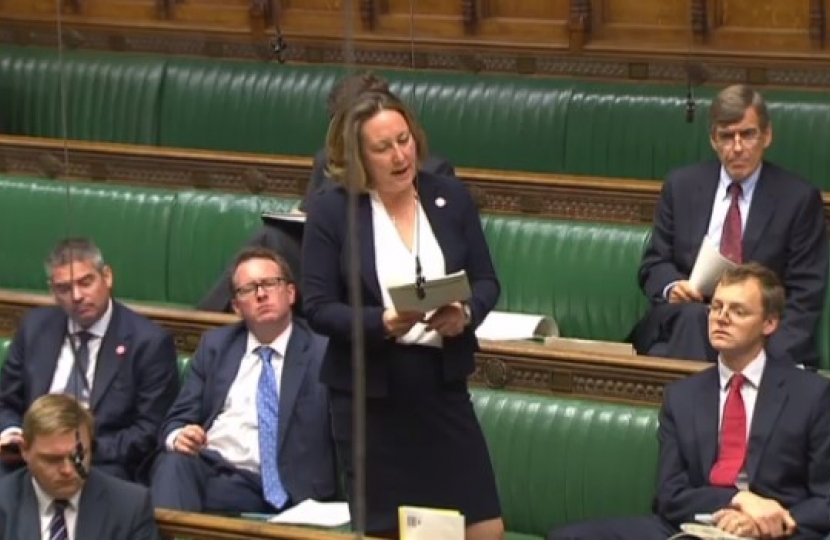 It's been another blistering and busy week at Westminster. Parliament returned from summer recess, with the news that it will prorogue from mid-September, over the Party Conference season when we don’t ever sit, and for a further week into October. The Privy Council met with the Queen at Balmoral on 28 August for formal approval of prorogation to be granted. There has been some quite extraordinary false hysteria around this process which has been disappointing. Prorogation normally that takes place about once a year, at the end of every Parliamentary session in order that the Government can announce its new programme in the Queen’s Speech. This current session of Parliament has lasted nearly 2.5 years, more than 340 sitting days, and is the longest in almost 400 years of Parliament’s history. I therefore simply cannot agree with those who are being dramatic about this, since this is perfectly normal practice. The accusation of less time to discuss Brexit (though what critics actually mean is less time to think up ways to stop Brexit) is disingenuous. There has been very little else debated in Parliament over the last three years! It is important that we deliver Brexit so that we can move on to other issues facing the country, for which we need a Queen's Speech to set out the agenda.

When Parliament returned on Tuesday, a motion was tabled for an emergency debate. This process granted backbench MPs the ability to hijack the next sitting day and determine what was to be debated. Normally, it is the Government who sets the agenda in Parliament and decides what is debated. The opposition achieved their goal and are passing a law which forces the Prime Minister go to the EU and ask for an extension to Brexit. Their intention is of course to stop a no deal Brexit from being able to take place by unending delay. But as anyone who has ever negotiated anything knows, if you are unwilling to walk away without a deal then you have no negotiating hand at all.

The fundamental outrage of this Bill for me is that it vests control to the EU over timelines for our departure. This is  completely unacceptable and not what 17.4 million people voted for! It goes absolutely against the whole principle of the referendum result, which was to take back control of our laws and borders. If the European Council has more say than the UK Parliament over our departure date, we cannot be taking back control.

I voted against this Bill, and in favour of a General Election so that the British people can once again reiterate their views on whether they want to leave the EU or to change their minds and remain, now the official position of both the Labour Party and the Lib Dems. We need to send Boris Johnson to the negotiations at the European Council in October with a clear mandate and to sort out the details of  our departure from the EU on 31 October.

On other fronts, the Chancellor made a spending round statement this week and committed new funding for hospitals and schools, which will help Northumbrian schools who have been at the bottom of the funding heap for far too long. Funding for special needs provision and colleges will also be beneficial for us in Northumberland. The battle to reset Whitehall thinking to include an understanding of the costs of rurality is starting to percolate!

The Chancellor has also committed funding for a programme of recruitment of 20,000 police. In my regular meetings with our amazing local police team, this was high on our agenda to consider how Northumbria Police can focus on rural policing challenges, as part of the wider force’s objectives on how to keep us all safe.

I’m hoping for a few days back at home catching up with schools as the new term begins, and perhaps even the chance of a walk on the beach for some fresh air! Next week will be as busy as the last.