New taskforce to oversee A1 project 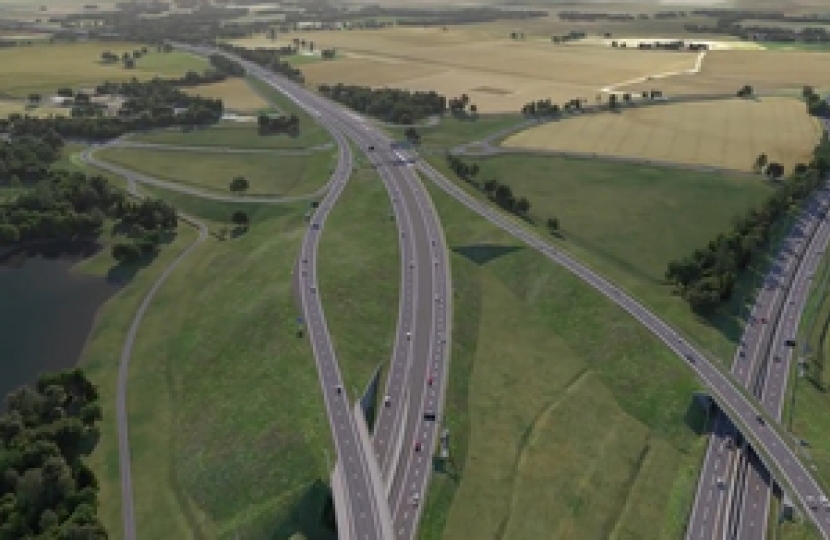 Anne-Marie Trevelyan, MP for Berwick-upon-Tweed, has welcomed today’s announcement that the Department of Transport will host a new “Acceleration Unit” tasked with overseeing and speeding up the delivery of major infrastructure projects.

The unit will be led by Campaign for Better Transport Chief Executive and consumer champion Darren Shirley and work with people who have overseen the successful delivery of previous large-scale projects.  This will include Chris Taylor, who oversaw the construction of the £1.5 billion A14 scheme which was delivered on budget and ahead of schedule, and Mark Reynolds Chief Executive of Mace, which oversaw the construction of the Nightingale hospital in East London in 9 days.

The Roads Minister, Baroness Vere, confirmed to Anne-Marie in a meeting yesterday that the scheme to dual the A1 between Morpeth and Ellingham will be one of the projects the new unit will focus on.

Anne-Marie said: “This new unit is very welcome. It is vital that when we tackle major infrastructure projects, each of which brings with it unique challenges, we harness the expertise of those who have delivered similar projects on budget and on time.  I was delighted that the Roads Minister confirmed to me yesterday that the A1 dualling scheme from Morpeth to Ellingham, will be one of the important projects this new unit will oversee.

“I will be meeting Mr Shirley once he is in post to hear more about his plans for the A1 scheme and to ensure he is aware of the incredible benefits the project will bring to Northumberland and the wider region.”

More information on the unit can be found HERE