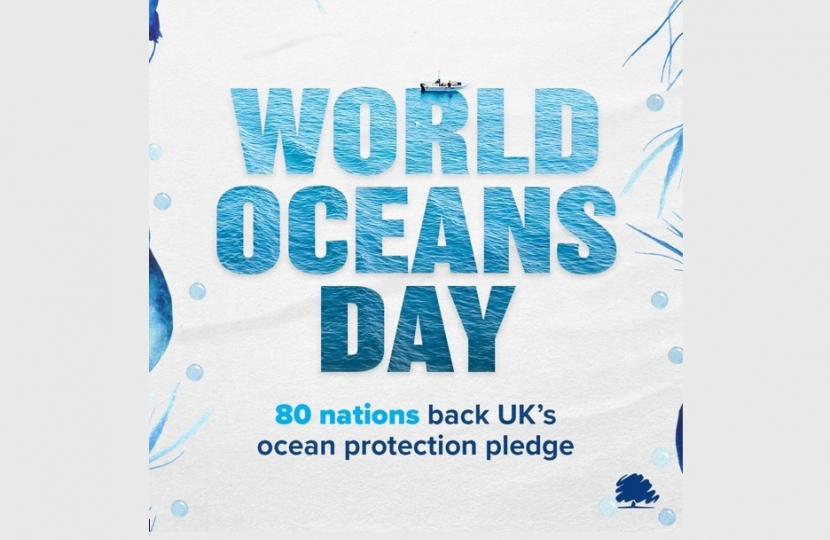 Today is World Oceans Day, and a fitting time to talk about how the UK is a world-leader in protecting the world's oceans and the habitats and species they support:

How is the UK leading the international effort?

Under UK leadership, 80 countries have now signed up to an international target to protect at least 30 per cent of the world’s ocean by 2030. Countries from all four corners of the world - from India to Guyana, South Korea to Austria have pledged to support the ‘30by30’ commitment which is being championed by the UK-led Global Ocean Alliance and the High Ambition Coalition for Nature and People, co-chaired by the UK, Costa Rica and France.

At last months’ G7 Climate and Environment Ministerial meeting, hosted by the UK, ministers agreed to a number of ambitious commitments to drive urgent ocean action, including:

What about UK waters?

The UK has also launched plans to increase protections for England’s waters through a pilot scheme to designate marine sites in England as “Highly Protected Marine Areas”. The selected sites would see a ban on all activities that could have a damaging effect on wildlife or marine habitats:

The UK has also further advanced its role as a global leader in ocean protection by moving to full membership of the Ocean Risk and Resilience Action Alliance (ORRAA). The Alliance brings together the financial sector, governments, non-profit organisations to pioneer innovative ways of driving investment into critical ecosystems like reefs, mangroves, seagrass beds, wetlands and beaches that provide the nature-based-solutions to build resilience against climate change.