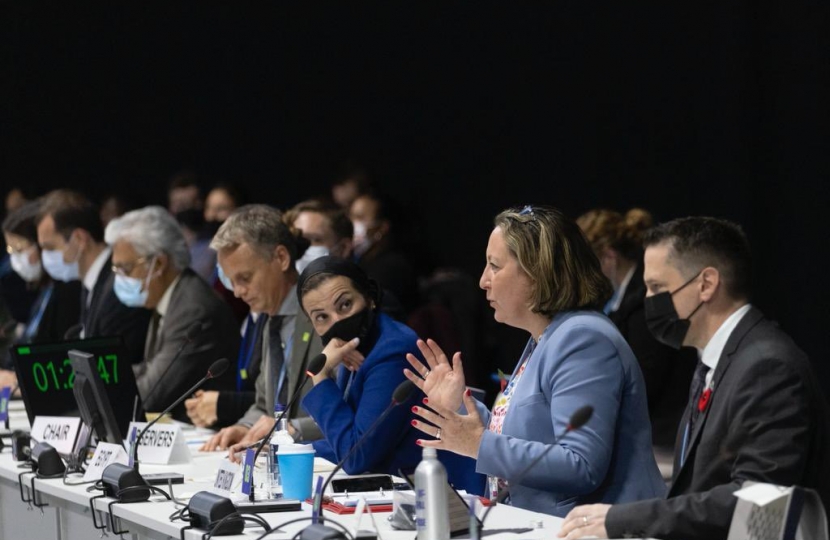 Today marks Adaptation, Loss and Damage Day at COP26 in Glasgow – bringing into sharp focus the need to protect the people and places from the worst effects of climate change.

Many of our international partners and allies are already experiencing the effects of climate change – from regular droughts to wildfires.

That is why today at COP, under the UK Presidency, we are encouraging countries and delegates to come together and support our international allies and partners who are most in need.

We know that the most vulnerable are most at risk from climate change – coming together to mitigate the effects and build resilience to climate change will help to protect communities for years to come.

Today we announced £290 million in new funding to help the most vulnerable countries cope with the impacts of climate change as we call on other nations to go further to help those most at risk.

Climate change disproportionately affects those already most vulnerable – and we must act now to stop it from devastating communities in some of the poorest parts of the world.

That is why we have announced £290 million in new funding to support those most at risk from rising global temperatures – including £274 million to fund climate action, conservation and sustainable development in the Asia-Pacific region, as well as funding for other developing countries and to tackle climate related disasters.

We are calling for other countries at COP26 to step up their contributions to sustainable development and a climate-resilient future for all, so that no one is left behind in the fight against climate change.

Today we announced that space data will be used to monitor and map heat in locations that face a greater risk from climate change – as the UK continues to lead the way on tackling climate change.

The UK is continuing to lead the way on tackling climate change, using innovative technologies and resources to better understand the impacts of climate change – and where support is needed the most.

That is why, backed by the UK Space Agency, we are announcing that satellite data will be used to deliver risk assessments to help the insurance sector provide vital and potentially lifesaving financial products for those most at risks from droughts and wildfires.

Geospatial data is already supporting how we respond to climate change – but this measure goes a step further by targeting support and resources to those most at risk from climate change.

Anne-Marie is a passionate advocate for our natural environment, preserving our vital habitats, combating climate change and supporting the creation of green jobs.