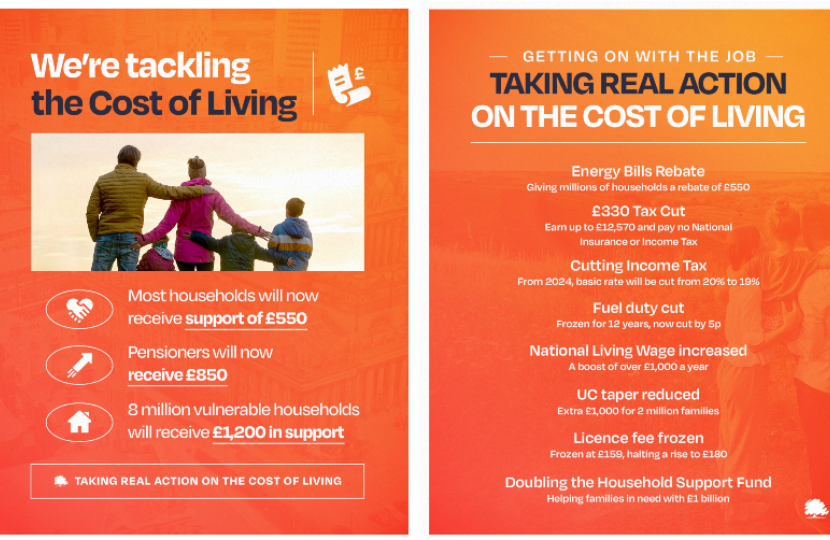 PLAN FOR A STRONGER ECONOMY

The last few years have been unprecedented – from a pandemic that has severely damaged the global economy to a cost of living challenge now being felt across the world.

Due to a series of global forces – economies reopening following the pandemic, Russia’s invasion of Ukraine, and a fresh wave of lockdowns in China – families and businesses are being hit here at home through a significant rise in inflation and therefore everyday prices.

While it is impossible for any government to solve every problem, the priority today is to help the millions of families struggling with the cost of living. We are doing this today through a £15 BILLION package which will support the most vulnerable one-third of households with £1,200 each:

Raising extra revenues through a new Energy Profits Levy, but without deterring investment

Providing £9 BILLION targeted support to the most vulnerable households, including pensioners

The lowest-income households on means-tested benefits will receive £650 from today’s one-off payment,

£400 from the energy bills cash grant, and £150 from the council tax rebate – totalling £1,200. For the 8 million most vulnerable households in the country, this £1,200 is comparable to the average energy bill increase over the course of this year.

Thanks to increasing the NLW, UC taper cut, personal threshold increase and our cost of living packages:

This builds on our existing £22 billion package of support to help families address the cost of living:

£144 million of discretionary funding for local authorities to support households.

A reminder of 16 TAX CUTS that we have introduced during and following the pandemic:

Rt Hon Anne-Marie Trevelyan, MP for Berwick-upon-Tweed, has given her reaction to the reports from BEIS and Ofgem - both realised today - which look into the issues surrounding resilience, repairs, communications and compensation experienced in the wake of Storm Arwen by the Distribution Network