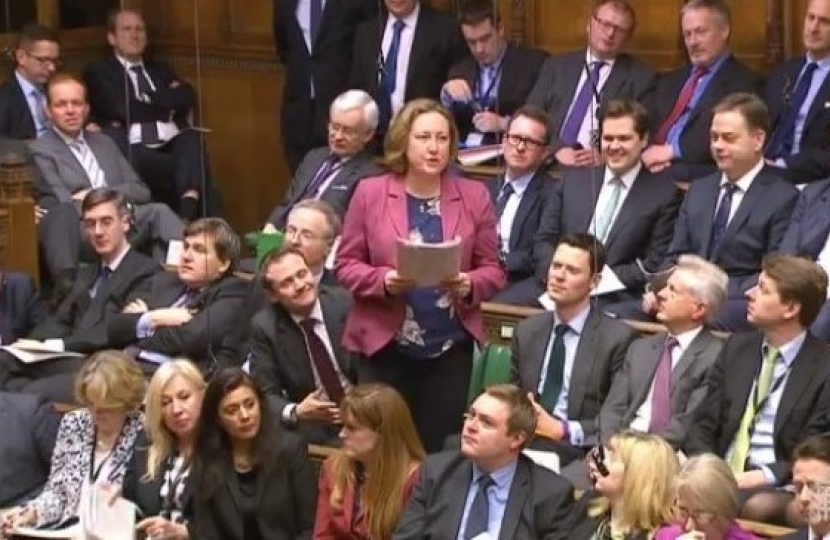 Anne-Marie Trevelyan, MP for Berwick-upon-Tweed, has yet again struck it lucky in the ballot for Questions to the Prime Minister.  She took the opportunity to highlight the work of the new All-Party group she and cross-party colleagues established this week to examine the work of the Armed Forces Covenant, and to praise the work of personnel at RAF Boulmer in Northumberland.

Mrs Trevelyan asked the Prime Minister to reaffirm his commitment to the Military covenant, which he put into law in 2011, and to send Christmas wishes to all personnel and their families.

The Prime Minister welcomed Mrs Trevelyan's support for the armed forces and praised the continuing hard work of service personnel. He drew special attention to those serving at home and abroad who will be separated from their families at Christmas.  Mr Cameron described the establishment of the Military Covenant in law as one of the things he is most proud of, particularly the increases in support and funding year on year adding ‘every year I am standing at this dispatch box, we will continue to do so’.

You can watch the video of Anne-Marie's question and the Prime Minister's reply below.