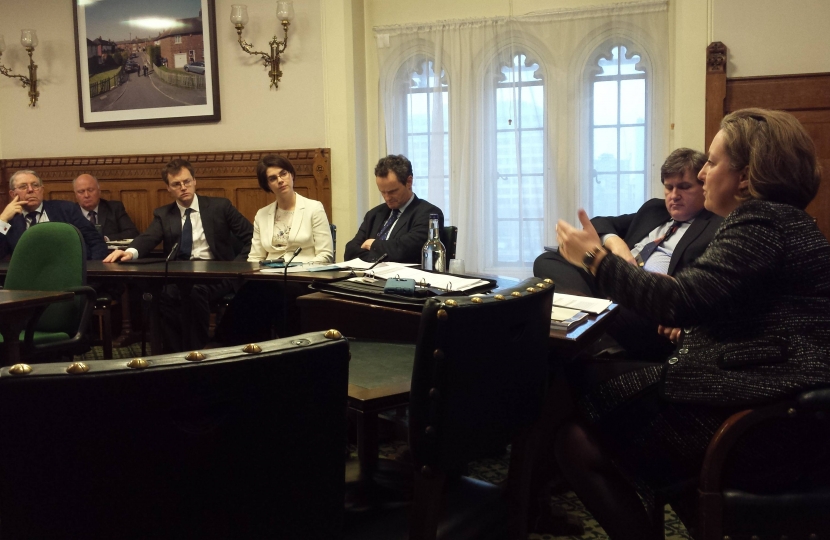 Anne-Marie Trevelyan, MP for Berwick-upon-Tweed, has established a new cross-party group of MPs to investigate issues arising from the Military Covenant.

Anne-Marie said: “We owe our armed forces such a debt of gratitude and to ensure that the laudable aims set out in the Covenant are on course for success.  I have been overwhelmed by the level of support for this group from MPs of all parties and I look forward to working with them to ensure our armed forces personnel and veterans receive a high standard of care.”

Anne-Marie was elected Chairman of the cross-party group, at a well-attended meeting in Parliament on 15th December at which Labour, Ulster Unionist and Democratic Unionist MPs were also elected as officers of the group.

The Group’s first objective is to seek a Backbench Debate on the 2015  report on the Armed Forces Covenant, released by the MoD last week. The report is an annual assessment by the government on how it is achieving its own goals for the armed forces, veterans and their families.  The Report has never been the subject of a Parliamentary debate, something Mrs Trevelyan is keen to change:

“This report is the government’s annual assessment of how it is meeting its own targets in living up to the Military Covenant. Given the importance of the aims involved, I think it is important that the report receives proper scrutiny in the House of Commons.”

Anne-Marie and colleague Johnny Mercer MP later appeared in front of the Backbench Business Committee to apply for a Parliamentary debate on the Armed Forces Covenant Report.