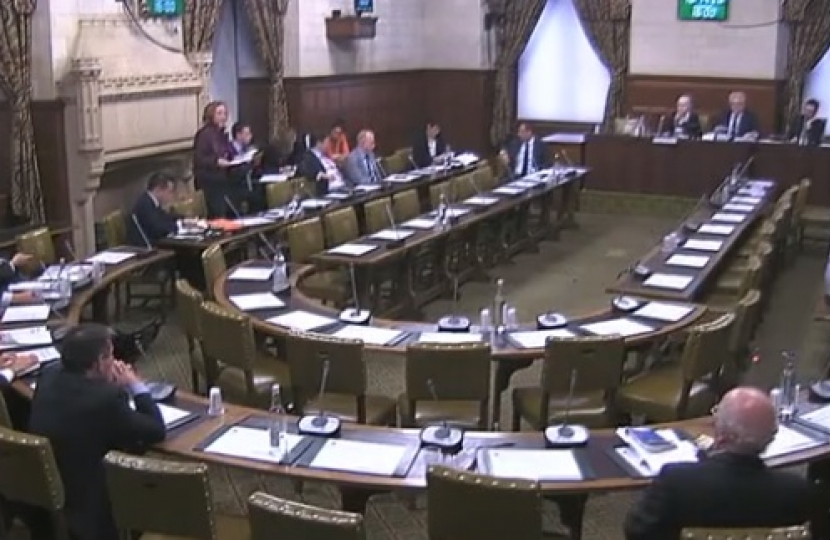 Anne-Marie Trevelyan, MP for Berwick-upon-Tweed, has held a debate in Parliament over the MoD’s plans to force changes to the way in which our armed forces and their families live, which could spell the end of the present community bases.

Mrs Trevelyan, who has RAF Boulmer in her constituency, is Chairman of the All-Party Group on the Armed Forces Covenant, and has received hundreds of messages of concern from armed forces families in Northumberland and across the country.

The MoD is consulting on ‘FAM’ the Future Accommodation Model, which seeks to reduce the present provision of Service Families Accommodation (SFA), in a bid to reduce the MoD’s land portfolio.  It plans to provide families with funds towards private rental accommodation, or a mortgage instead.  Mrs Trevelyan has heard from forces families that they have real concerns that the private rental market does not have the capacity to accommodate large numbers of forces families in one area, especially as many have to move with only a few weeks’ notice.

Mrs Trevelyan told the Minister and fellow MPs that the armed forces families federations’ recent surveys found that many would consider leaving active service if the changes are forced through: “The Army Families Federation’s “Big Survey” report on the future of military housing highlights the critical importance of SFA in the offer; only 22% of those surveyed said that they would definitely remain in the Army if SFA was reduced and a rental allowance was offered in its place.”

The MoD’s own survey of forces personnel came under criticism from MPs as it transpired that many personnel had been blocked form taking part in the survey, and that retaining the current Service Families Accommodation was not given as an option for future accommodation, leading many personnel to consider the survey was designed to support a set model: “If we are to give any credence to future decisions taken on a housing offer that moves away from SFA, it is vital that we are clear about who replied to which questions. A rifleman asked me whether the aim of the survey was simply to justify the dismantling of SFA, and said that to claim otherwise would be a lie, as the survey would have asked wider questions if its aim was not to justify the dismantling.”

The results of the MoD’s survey are not yet known, but there is no indication they have sought to discover what the retention risk is to the changes they are proposing.  The debate was attended by a number of MPs from all parties keen to speak on the issue – Anne-Marie hopes to be granted a longer debate in the coming months to enable more MPs to have their say on behalf of service families.

Click HERE to read the full debate and HERE to watch the video.