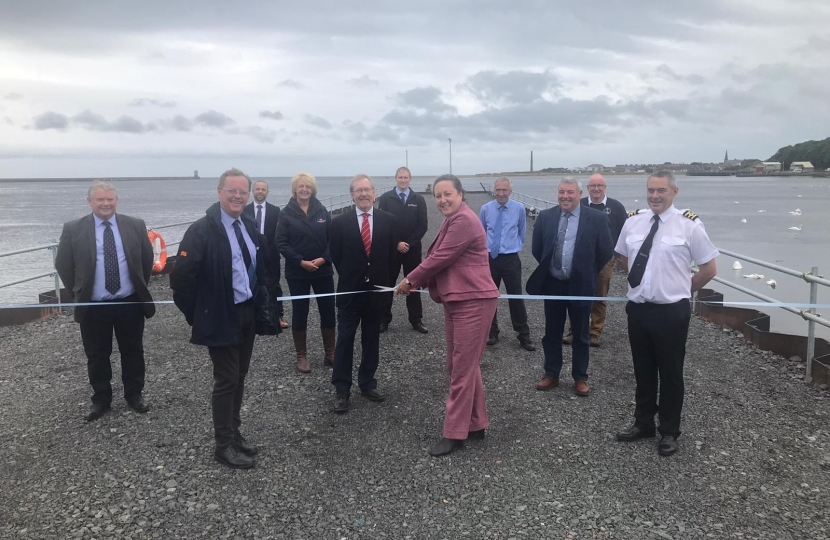 Anne-Marie Trevelyan, MP for Berwick-upon-Tweed, was delighted to officially open the town’s new jetty on Friday, following a multi-million pound investment into the harbour.

The redevelopment was part of the Coastal Communities Fund established by the Government in 2017 to inject investment into key coastal ports and towns.  The Berwick Harbour Commission was successful in their bid – supported by the MP – for £2million to fund a new jetty for the port to replace the old wooden jetty.

Speaking at the official opening, Anne-Marie Trevelyan said: “I was honoured to be asked to open this jetty today. This is the first of many major investments into Berwick which will be seen as a transformation of the town. This jetty and the proposed development of the dock area will be a great asset to Berwick and will cement the town as one of north Northumberland’s tourist attractions.

“The redevelopment is going to set the town up for an incredible future both in terms of its economic growth, but also as a tourist attraction.”

After cutting the ribbon Anne-Marie joined guests and port officials to walk along the jetty to see the work up close.

Answers to some of the most common questions being asked.

Below are some answers to the questions I am receiving. I will continue to update these. You can find the details of the announcement HERE.

What are the main restrictions?