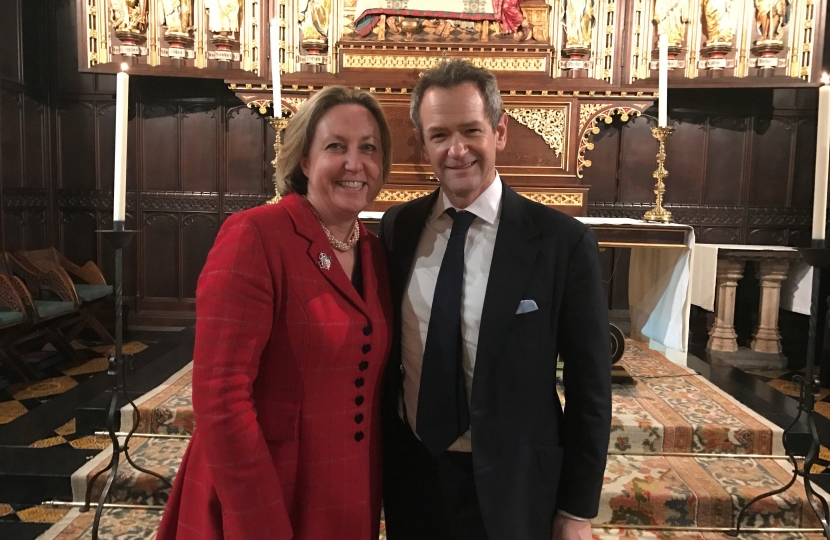 Anne-Marie Trevelyan, MP for Berwick-upon-Tweed, sang at the flagship “Singing for Syrians” concert in London with fellow Northumbrian, Alexander Armstrong.

The initiative encourages people around the UK to come together and sing to help support the people of Syria in their desperate time of need. Singing for Syrians encourages individuals, bands, choirs, schools and churches across the UK to raise the roof and as much money as possible by holding a singing event as part of a wider initiative. These exciting events are open to everyone, especially children.

Singing for Syrians is part of the Hands Up Foundation which supports partner organisations working in and around Syria. Where possible the projects are implemented by Syrians in Syria, monitored from the UK. The funding is distributed as wages and aid items to some of the most vulnerable people affected by the crisis.

Anne-Marie said: “Singing for Syrians is a fantastic way to raise money for the most desperate people who remain in Syria. I am particularly concerned about the elderly and those with poor health, who are too weak to contemplate leaving the country.”

“I was delighted to sing alongside fellow Northumbrian, Alexander Armstrong and we both give our best North East vocals to support this unique and wonderful charity. It is a fantastic thing to be a small part of and I would encourage everyone across north Northumberland and the country to try and get involved in something that can help some of the most vulnerable people in the world.”