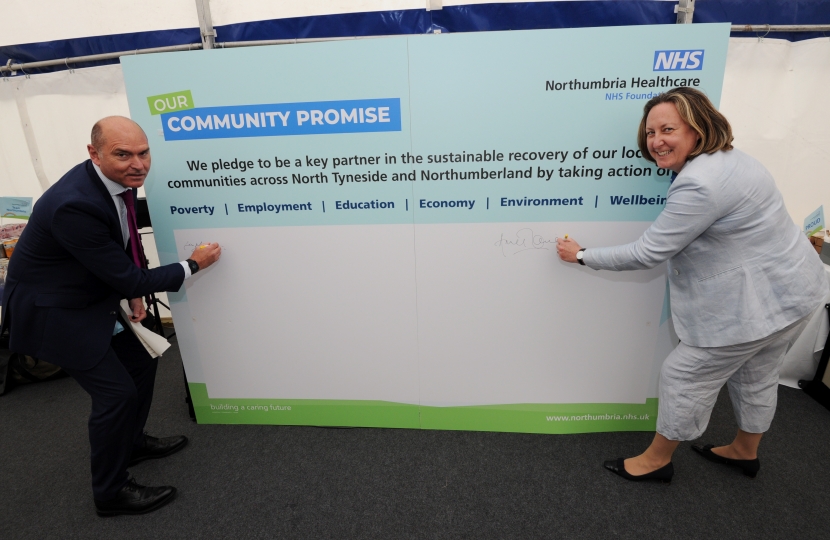 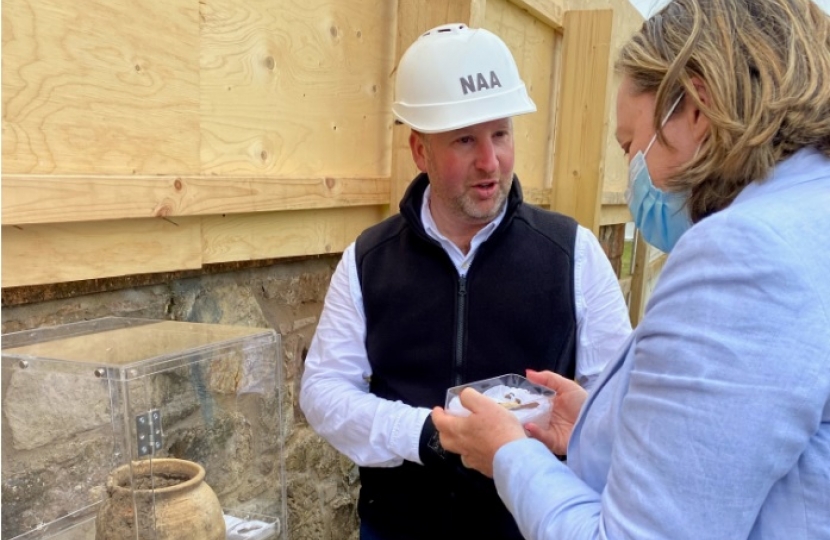 Anne-Marie joined local NHS leaders in Berwick last week to unveil a series of new community pledges which will form the focus of NHS Northumbria's work in the future.  The pledges are designed to focus the Trust's efforts on ways in which the lives of residents and their health can be improved, and included a promise to improve sustainability across the county. Called "Our Community Promise", the pledge is based on six key pillars, which relate to the wider factors that fuel health inequalities – poverty, employment, education, economy, environment, wellbeing.

Anne-Marie welcomed the pledge saying "We know from the past year how vital the NHS is in our lives, but these pledged are a bond with our community that our local NHS will work to address issues which have a long-term affect on our health and wellbeing.  I was especially pleased to welcome the environment pledge with my Energy Minister hat on!"

Trust Chief Executive Sir James Mackey said: “The focus of everything we do is about providing the best care for our patients and the direction of travel in healthcare in recent years has been very much about preventing people from becoming patients in the first place, by helping them to live well and healthily for as long as possible.

“We know that there are a range of factors that affect people’s ability to do this, many of which are not part of traditional healthcare operations, but we are certain that we can play a major role in supporting our communities in more ways than many might expect and we are determined to step up to the plate and do just that.”

The event took place outdoors at Berwick Infirmary, and while she was there, Anne-Marie inspected the site of the new £25million hospital for Berwick, and was shown items found as part of the archaeological works connected with the new build.