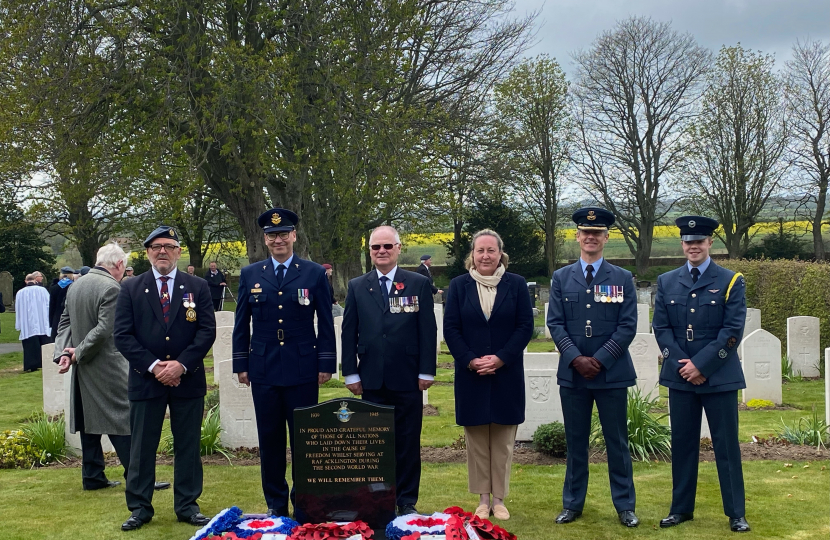 Rt Hon Anne-Marie Trevelyan, MP for Berwick-upon-Tweed, attended the annual ceremony to mark ANZAC Day held at Chevington Cemetery in Northumberland, at the invitation of the RAF Association.

Anzac day on 25th April marks a day of remembrance in Australia and New Zealand for all those who lost their lives in wars, and it is marked annually at Chevington Cemetery – maintained by the Commonwealth War Graves Commission – at a service of remembrance organised by the RAF Association.

The MP joined veterans and others at on Sunday afternoon at Chevington cemetery for the annual wreath-laying to remember those Australians and New Zealanders who gave up their lives in the pursuit of freedom, in particular the young airmen stationed at former RAF base Acklington.

“In Northumberland we especially remember those young men from Australia and New Zealand who lost their lives flying with the RAF in the Second World War based in Northumberland. It was an honour to remember them and honour their sacrifice, and lay a wreath in their memory. My thanks go to the RAF Association, and Sydney Graham for their hard work in organising this touching ceremony which allows us as a community to pay our respects.”